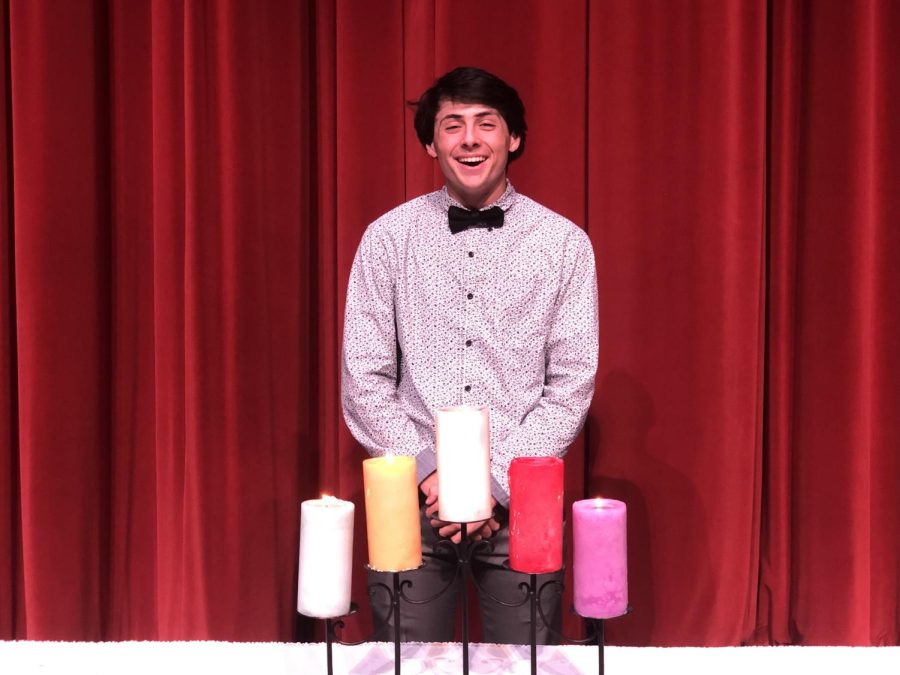 “I play two roles. I play Roger—who is Judy’s new husband after the breakup/divorce. I also play one of the two drunks on the train, along with various roles in [the] ensemble.”

“It was all John Donovan.”

“I’m a little nerdy—quirky—like Roger, but not nearly as much as will be portrayed on stage.”

“It’s very abstract, and you have to be very focused on the dialogue and some of the movements to really understand the deep meaning that [is] trying to be portrayed through the play.”

“When some of the ensembles don’t have parts, we used to open the curtains a little, and we’d fake battle with improvised bows and arrows and fake spears. We played this against each other on the other side. So like Zach was next to me [and] Tara, and on the other side was Ivan, Abby, and Logan. We ended up signing a truce at the end.

“I’m really excited to feel the intense feeling of anxiety wipe over me as I get ready to go on stage for the first time.”

“That’s actually funny because, for my Roger character, my first line is, ‘Judy look, I’m sorry. Okay?’ And I never seem to get it in time. So I always think back on a previous line that I have really down in terms of my accent. And I try to get that accent down, kind of mumble [under] my breath a few lines—just try to really sell it up.”