Mudras Calling is a touching story of identity 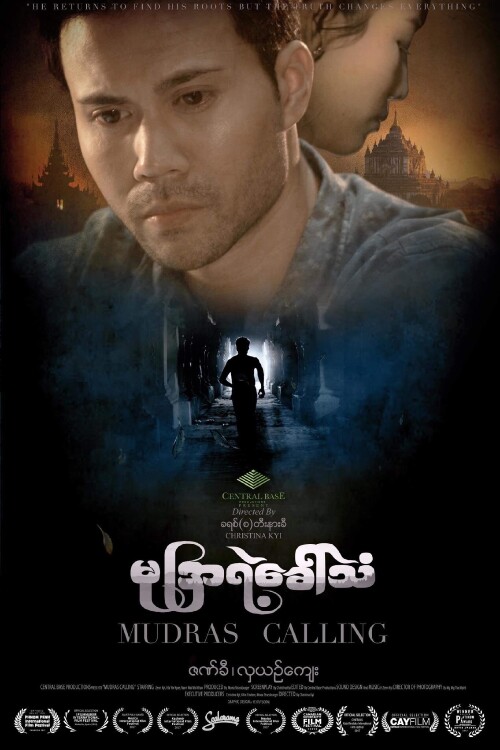 My horizons expanded when my mom introduced me and my siblings to a drama called Mudras Calling.

I had myself glued to the screen as I observed the wonders of Myanmar. Throughout the entire film, we follow a young man named Jaden Williams (Zenn Kyi) who was born in Myanmar but was adopted and raised by a white couple in the United States. For the first time, he gets the chance to visit his birthplace and see the beauty of his country.

Jaden learns about many different cultural elements and meets a friend who’s known by Hnin Thuzar (Hla Yin Kyae). She guides him through his spectacular discoveries, and eventually, they develop a relationship together.

But there was also another primary reason he traveled to Myanmar: he was searching for his biological parents. There were a variety of scenes where Jaden dealt with frustration and confusion surrounding whether or not his parents were still alive.

I would rate this movie 5 out of 5 because it drew me into the story as I watched Jaden take his identity and what his biological parents meant to him into deep consideration. It circled around the theme of one’s misconception about who they are, and it raised the question: was there something else Jaden didn’t know about himself?

I noticed a tied-up mix of varying emotions building up in me as I felt excruciating pain invading my heart while watching Jaden’s journey. He wrestled with misbeliefs and notions of who his birth parents were and what had happened to them while he was living with his foster parents. I felt sorrow mixed with pity and guilt coursing through me because I felt like I could relate to Jaden’s struggles and mindset.

I was also in a state of astonishment throughout the movie, and I developed an interest to actually visit Myanmar. I loved how the movie showed the Bagan temples and the Shwedagon Pagoda as if it were a tourism vlog, except that there was the added aspect of the main character’s thoughts about it. I thought this was a creative take—like a novel with a fictional character visiting a real place and learning true information about it.

Furthermore, I felt like I was watching a romance drama where Jaden and Hnin were concerned. They began as strangers, but they took the opportunity to get to know each other, and that later led to a friendship. As their relationship grew stronger, Jaden started to see Hnin as more than just a friend. He had a tempting urge to confess his love for her, so he did it. They ended up falling in love with each other, and as the movie came to a close, Hnin invited Jaden to come back to the country another time.

This film is in both English and Burmese with subtitles for each language. It was written and directed by Christian Kyi and produced by Central Base Production. It was officially released on March 3, 2018 in theaters in Myanmar, but it was eventually released outside the country as well.

Honestly, I think this is one of the greatest movies I’ve ever seen. It can’t escape from my heart, and it’s already been tugging at my desire to rewatch it. I hope that there are more films like this one that can cover subjects about exploring the world, learning what kind of people we are, and learning about the people around us.