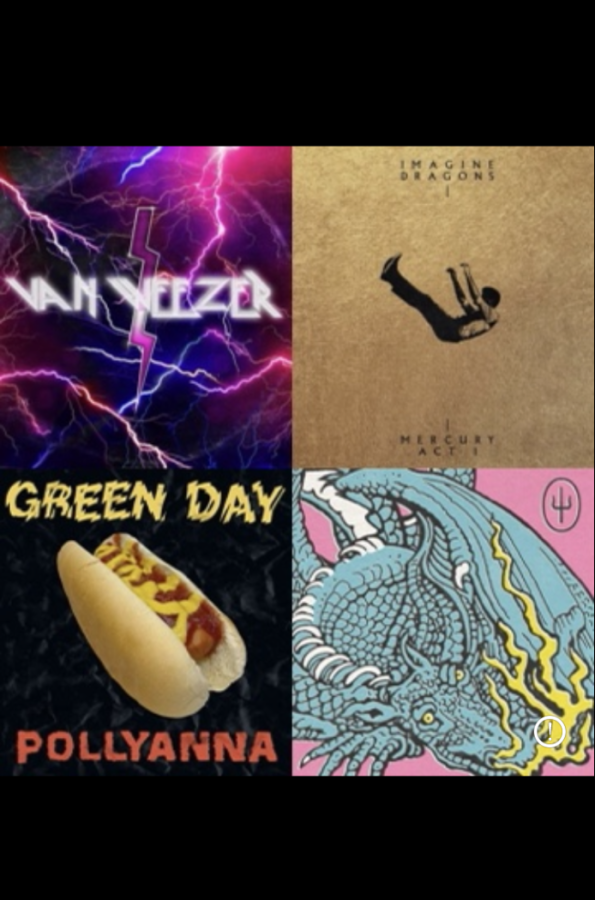 Lately, my music taste has shifted—it’s taken a turn for the beginning of a brand new style and a brand new me. I typically have listened to songs I hear on TikTok, rap, and pop music. Those genres have taken their turn, but now it’s time I make my way to alternative music.

I’ve always shared similar interests and have always had a similar personality to my dad. I repeatedly have wanted to be just like him in the way I act and take control of situations. Recently, I picked up his music taste, which includes bands like Oasis, Green Day, and Weezer. He’s listened to these bands for so long, and now, we can listen together.

Prior to my explorations into this genre, I’d only listened to most of the older songs by a few of these bands. I’ve been dying to try some newer ones, so I looked up each band’s recent songs, filling my computer screen up with tabs.

Weezer is the first group I started listening to. I loved their remakes of “Africa,” first sung by Toto, and “Take on Me” by Aha. Later on, I began to listen to some of their older songs such as “Buddy Holly” and “Say It Ain’t So.” These two songs are located in my main Spotify playlist, and whenever they come on, I feel a rush of adrenaline and I get super pumped up; it’s the guitar that brings out this energy from inside of me.

Weezer’s most recent song, “I Need Some Of That,” is what I would call a banger—it’s the perfect song to scream to in your room late at night with the LED lights are flashing to the beat. I so badly wish I could go to a concert and scream my head off and sing the words. “I Need Some Of That” throws me into the celebrity world of a music video, just like when I was little pretending to be a famous music artist in the car. All in all, this new song is just an excellent tune to jam out to in general.

Continuing, Green Day released a new song this year that will not be added to my playlist. A majority of Green Day’s pieces are bold and have a forceful, empowering rhythm, but “Pollyanna” is the complete opposite.

When I listen to a song, I believe that it should focus and emphasize my emotions at that moment and I would say that I’m a generally energetic type of person; therefore, when I am blasting a Green Day song through my Amazon Alexa, it pumps me up and sets me right into that mood, but “Pollyanna” sends me in the opposite direction with it’s slower toned beat. The song still contains alternative rock music, but is not as forceful as my favorites like “Boulevard of Broken Dreams” and “21 Guns.”

Imagine Dragons has always been my top pick, but I didn’t entirely enjoy this song. The song was slow-paced, and I felt that the lyrics didn’t flow well with the beat of the background music. I would never want to listen to this song while at a party or anywhere that required energy in the room; “#1” would be more appropriate for a quiet atmosphere. I would tune in while reading, doing homework, or while sitting in a restaurant.

The last alternative group that is favored among people today is Twenty One Pilots. I’ve been listening to them for quite a while now, especially some of their songs from when I was younger like “Ride” and “Stressed Out.”

One of their most recent songs, “Saturday,” is a whole other story. Instead of that classic alternative accent, it sounds more like a modern-day pop song. The basic, flowy, repeating lyrics, and the upbeat, buoyant sounding music just spits out your typical radio pop song. Now, as much as I like pop music, the change that Twenty One Pilots has made to their style aggravates me since I have liked and listened to their older music from 2015 for so long. I just wish that they could’ve stuck to their own, versed style.

Overall, I find that trying new music from artists I’ve liked before will either result in going back to the older music or sticking to what’s new. Even though these songs all give off the same type of energy, what these artists make in the future might change my perspective.