She’s trying to be happy, despite it all 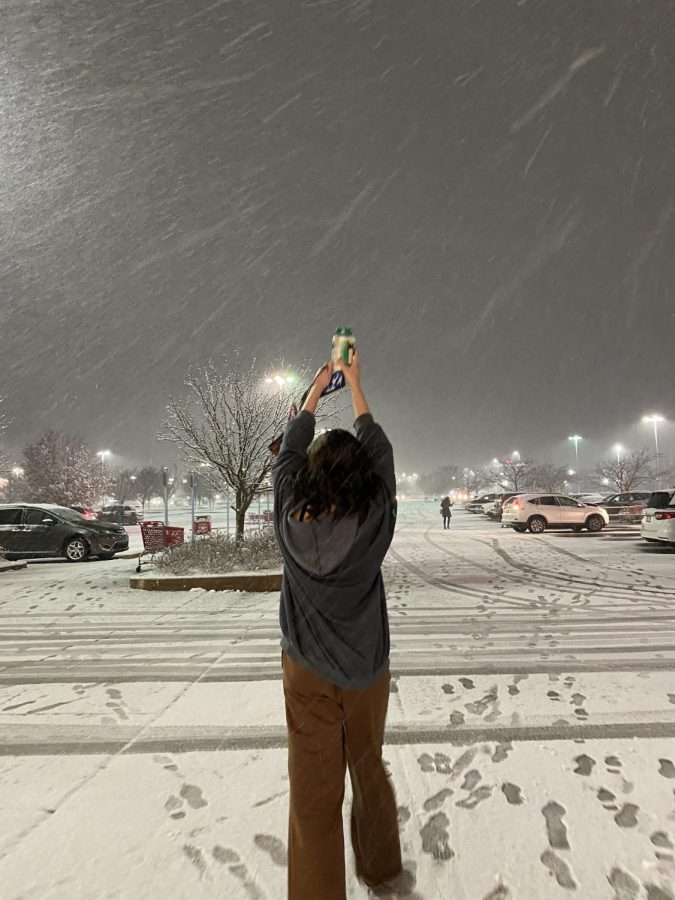 Kelsey with the parmesan cheese that we did eventually find

Once upon a time, she wrote about herself like she was a story book character, like she was merely an apathetic narrator of emotions she had no control over.

It’s not like that now. She writes her own story with confidence, walks through the woods with her arms outstretched, no longer running away from the shadows in between the towering trees, rather confronting them with the words that float to her open palms, placing them against the mossy bark of the tree trunks.

Sure, she falls sometimes, trips over the exposed roots of the forest floor, scrapes her knees on the rocks and pebbles and thorns and fallen leaves, sees the impish black shadows dart between the trees and feels that old familiar fear again.

The wild expanse of the forest rolls with hills, and it teems with mystery. Between the emerald green leaves and lacy interlocking branches, she rarely knows what will come next. There is little to entirely depend on, only that the sun shines through the mosaic forest ceiling and dapples the mossy clearings some days but not others, that sometimes snow speckles the undergrowth and melts on the soles of her bare feet and leaves her cold and shivering as the sun abandons her too early in the day.

But when she falls, when her body meets the dirt and snow and thorns, persistent in their relentless pursuit of her, she no longer allows the forest floor to engulf her. She gets back up again, dusts the residue of her blunder off, and forges through the next thicket. Her scars do not define her, but they set her pace, and they show her where she’s been. She wouldn’t trade them for anything.

Nonetheless, she must sometimes come back to this—this lyrical metamorphosis of her life into a fairytale. There’s a raw connection to it. She’s not separating to become a fugitive of her own emotions; she’s stepping back to take the emotions into her own hands, change the perception of them that trapped her.

She’s trying so desperately to be happy because she won’t become the girl she once was again, and this story book description is helping her.

She is tugging at the threads of fleeting moments, moments that are gone before she can even put them to words, bringing pieces of them back to her, recognizing that she is happy right now. All of those moments will fade to memory, but she isn’t ready to lose them yet.

The way the Christmas lights twinkled in the dim basement, decorating them all in kaleidoscopic hues; the sweet spice of the chai gently warming her to her core; the raw, impassioned energy of the playlist she was making; the bubbles of joy that spilled over when she looked at that photo; the feeling of being known, of being at home—she isn’t ready to lose any of that yet.

She wonders if looking back on these words will be able to remind her of the euphoria she felt as she pulled into the Meijer gas station parking lot, music blasting through her 2008 Cadillac, or if maybe they’ll remind her of today—or what can barely be called today anymore—screaming along to ear-drum shattering music in the backseat of a Honda Pilot, driving through a winter weather advisory to find parmesan cheese, seven hours of various Spotify playlists in a room lit by those same multi-hued Christmas lights drinking that same chai tea—never willing to let go of a moment that’s passed.

She’s already forgotten so much of it, everything that inspired the first few words on this page, but against all odds, she’s found new moments. She’s trying to be happy because November is a thief and Christmas stresses her out. Despite it all, she’s trying to be happy. And she thinks it’s working.