A Boy Called Christmas surprised me with a non-cliche plot 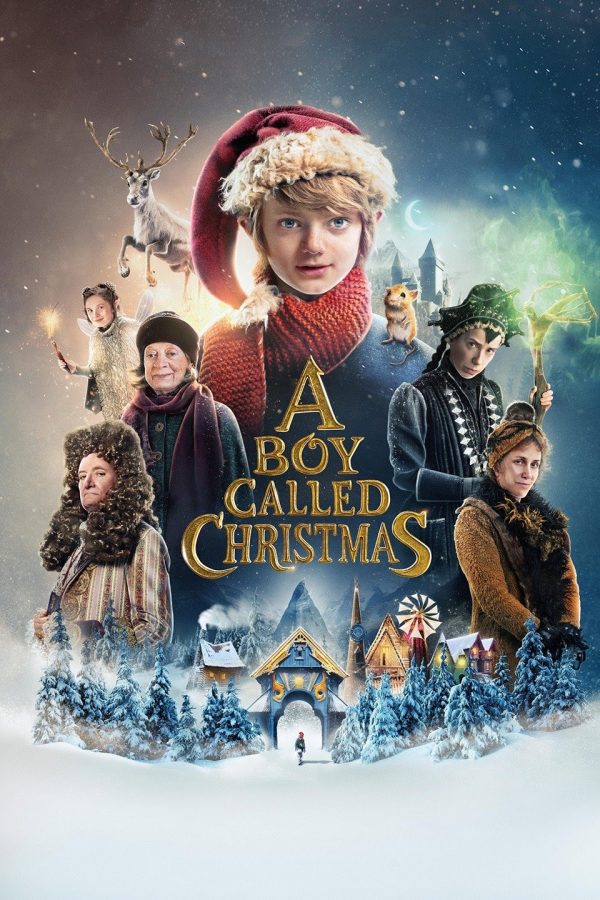 The movie poster for A Boy Called Christmas

I find that most Christmas movies are very cliche. They usually start with a sad main character who goes through a crisis and comes out happy in the end. They always end happily because no producer wants to make a sad Christmas movie—that would crush the Christmas spirit.

A Boy Called Christmas on Netflix came up on my list of recommendations, and I thought, “what’s a better time to watch it than two weeks before Christmas?” Surprisingly, I was thoroughly shocked by the end of the movie.

Nikolas, the main character, goes on a trip with his pet mouse, Mika, to find his father. His father had gone off to find something that would give their kingdom hope and did not allow Nikolas to go along. This left him with his Aunt Carlotta. Nikolas quickly realizes that Aunt Carlotta is not a good person, so he runs away to help his father.

This movie made me feel a multitude of emotions. I expected it to be the typical cheesy Christmas movie that always turns out perfect, but it was actually very different.

In the beginning, I felt happy and hopeful. The characters were talking about how they wanted to feel hope because they thought there was none. I was very hopeful because I expected the movie to be cliche, so I figured they would get exactly what they were in search of. Although the main character’s family lacked a mother, Nikolas and his father were happy. They had each other, and they decided that was enough for them.

They didn’t have much money. Nikolas’ only toy was a doll that his mother made out of a turnip before she died. He never wanted more than that, and he appreciated that doll. This made me overjoyed because he was satisfied with what he had, even if it was very little. In the beginning, when Nikolas’ father left, and Nikolas—although he wanted to go with his dad—was hopeful that his dad would bring back something amazing, I was in awe of Nikolas because he allowed his father to leave without him so that the entire kingdom could hopefully be happier once he returned.

The reason that Nikolas’ father went on the expedition was because the king ordered that someone finds hope. So, Nikolas’ father set off to find hope. He found it in a village. The result: he did something very bad to make everyone in the town hate him.

When Nikolas found out what his father did, he was appalled and confused, as was I. Nikolas believed his father to be a good man, but he was starting to question that. I had no clue what to think during the middle because it was going all over the place. However, I liked it. They were able to convey so many emotions into the movie because it was moving so quickly.

The end made me upset. I was disappointed and rather caught off guard with the ending. I was expecting, as I said previously, the movie to be very cliche with a sappy ending where everyone is happy, and it wasn’t. I appreciated that it wasn’t cliche, but I also wanted to be more okay with the ending than I was. All in all, it wasn’t really a sad ending, but I didn’t feel content like I usually feel after I finish a good movie. I felt slightly unsettled because of the unfamiliarity; however, I enjoyed being shocked.

This movie made me feel many things throughout it, and I enjoyed it immensely from beginning to end. No matter how it finished, I would definitely watch it again, likely, I will this weekend with my cousins.