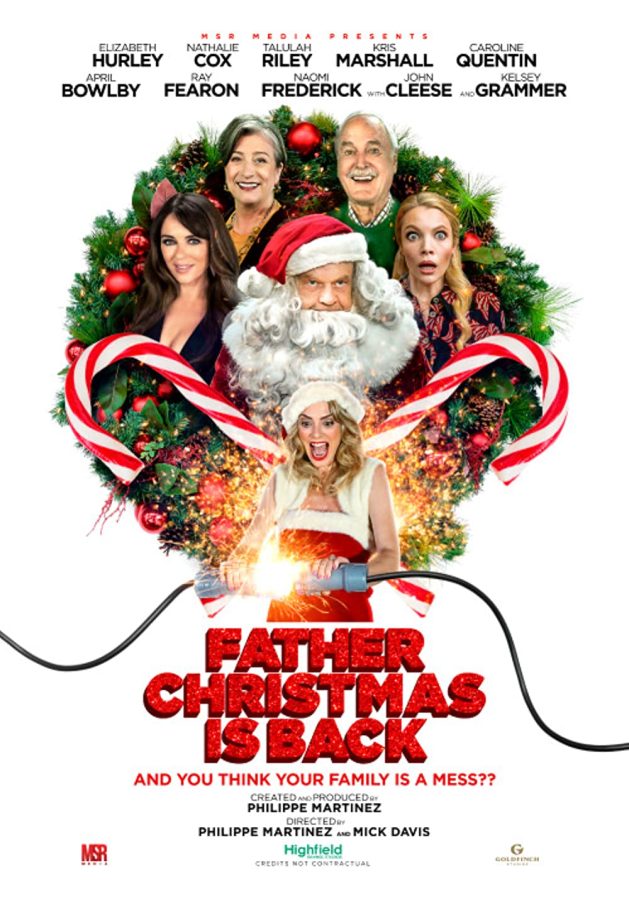 Movie poster of Father Christmas is Back.

New movies are thrown our way as we turn the corner into the holiday season. If you celebrate Christmas, you may notice there tends to be a lot of Christmas movies released from November through December as Netflix counts its holiday viewers.

On Nov. 7th of this year, the witty-humored film Father Christmas is Back presented itself upon my TV. This movie encapsulates the Christmas traditions of the main character, Caroline’s (Nathalie Cox), family reunion.

A family of four sisters reunites in hopes to celebrate the holidays, ending the year on a good note. Caroline hosts her three sisters in her Yorkshire mansion. In the first ten minutes, the one thing that tore their family apart many Christmases ago appeared just in time for the family reunion—James Christmas (Kelsey Grammer). An intense feeling arose among the family, for their estranged father might have crushed the perfect Christmas.

As I laughed throughout the film, I felt connected while watching the beginning of the movie. The way the director introduced each actor, one by one within the movie, grabbed my attention. I felt as though I was speed dating each character—getting a sense of who each family member was and how they fit within the movie plot.

I enjoyed the humor and jokes throughout, but I did not like the accents of each cast member. It was hard and sometimes unbearable to make out what was being said—quite frankly I found it annoying; it was a little unfortunate as I felt the imagery and cinematography were well produced.

Although I had some minor judgments to make of this film, I still managed to take away the message I thought the film was portraying: family is family no matter what happens, past or present. The Christmases were able to take back the harm that was done to them and turn the cold seasons into something warm and full of happiness.

I learned that in life, making mistakes is ok, and usually, I’d like to think the opposite of overdramatizing something minor, but friends and family will always take you in, even if you feel they won’t. This is the exact same way Caroline’s father felt. He came in with a surprise that he soon discovered would upset his four daughters. The outcome, however, changes, to his own shock, as they all accept the news with open hands after having some time to process it.

There were some twists and turns that occurred throughout the film’s plot, but that made it much more exciting and enjoyable to me as an audience. Even though it was hard to make out some of what the characters said, it doesn’t take long to click the caption icon.

If you find yourself browsing through Netflix over the holiday break, I recommend you click on Father Christmas is Back and give it a try. If it’s not of interest, then move on, but if comedy and witty jokes draw you in, it may be just perfect for you.