West Side Story was remade the right way 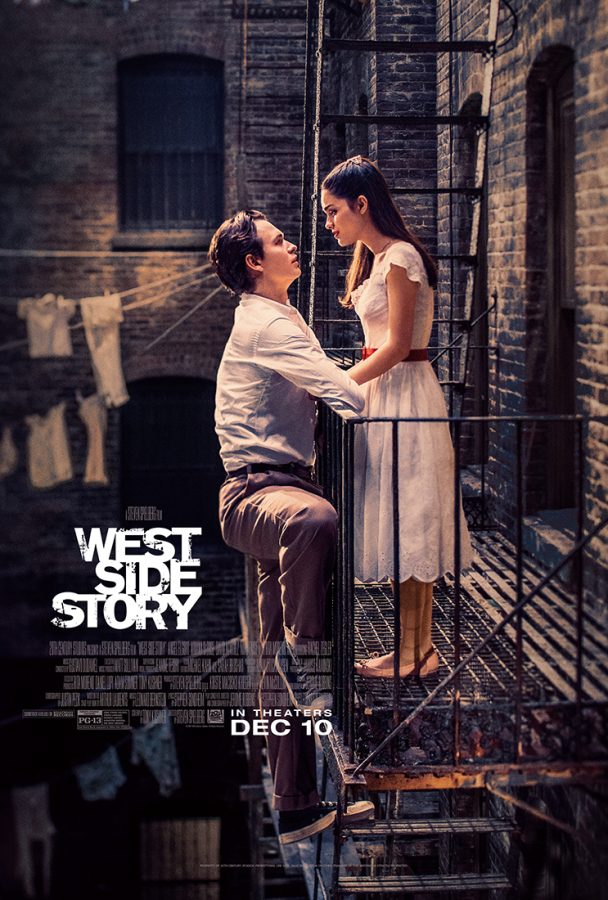 Traditionally, I have pulled myself away from the craze of movie remakes that have swept modern Hollywood. However, after merely watching the swell of the font as it swept across the screen and read West Side Story, I was consumed with the same thrill a younger me once felt—sitting doe-eyed in my living room with my dad as we watched the original musical.

As a musical, this modern film had absolutely no shortcomings; from casting to costuming to creativity, it was gripping to watch each component fall perfectly into place.

When any piece of cinema has the name Steven Spielberg attached to it, it can immediately be assured that the movie will have the highest level of vision and creativity the modern world has to offer—West Side Story only continues this trend. His innovation absolutely proved all of the anticipations of this film to be correct.

The opening sequence was excellently shot, choreographed, and executed by the actors. It was a genuine ensemble effort; I adored that it felt impossible to gather who would soon be the main characters until the very conclusion of the number. The glide and magnetism of each cast member made the film feel, in the most charming way possible, like an on-stage Broadway production: tangible and personal—much like so many parts of the original.

The versatility of the actors was astounding; although they easily played carefree and optimistic teens living in a troubled society, they also did exceptionally well with the tone shift that catapults the original projection of the movie into a much more solemn and heart-wrenching story.

One of my all-time favorite musical numbers that displayed their ability to show what seemed like genuine joy was “Gee, Officer Krupke.” The actors made this moment feel so genuine and off the cuff; I wanted to jump into the screen and join the fun.

Although the original musical has such divine moments of brilliance, it most definitely validates a revamp. Every piece of ignorance, old-fashioned ideals, and resource limitation was completely corrected within Spielberg’s masterpiece.

The powerful female protagonist, Maria Vasquez, is played by Rachel Zegler: a woman who finally holds the true ethnicity of the character and uses her talent to even further prove that that’s how it should’ve been all along.

Zegler conveyed the innocence and joy of Maria excellently. In the musical number “Tonight,” her chemistry with co-star Ansel Elgort felt so authentic. In very few productions can actors accomplish the integrity and independence of their character whilst also falling in love on screen and expressing infatuation for one another.

As someone whose childhood was deeply rooted in the theatre, my level of appreciation for any musical work and the talent surged into the foundation of it is astronomical; although, this musical has my respect beyond any amount of comprehension.

I feel in debt to the talents of the actors, director, and team that made this movie exactly what it needed to be. If every movie had this level of excellence behind it, I could never bring myself to leave the theatre.