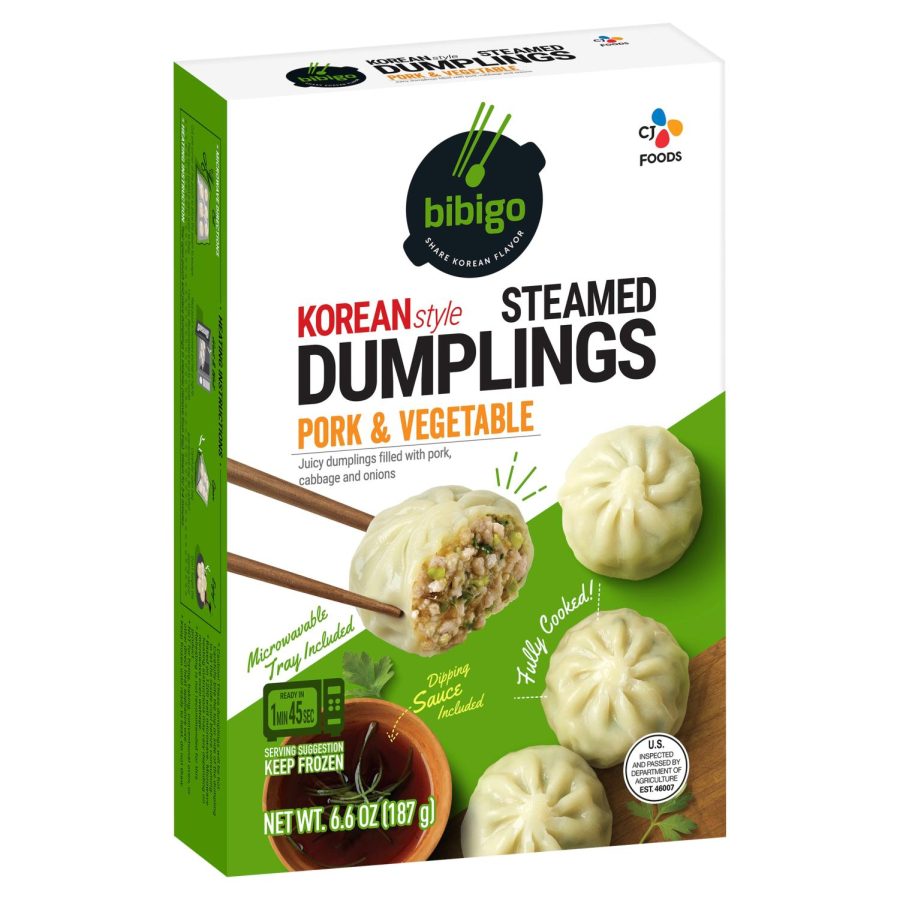 I went with my dad to Meijer on a Sunday evening. I had only one thing in mind: Chinese dumplings.

As we were drifting through the aisles, I was finally able to spot some dumplings. However, one thing was different—I noticed that the sign said they were Korean style. There were the original ones, but we weren’t able to purchase them due them containing pork, since we can’t eat anything that has that meat.

I wasn’t expecting that, but I still decided to buy one anyway. In no time, my stomach was growling, and my craving couldn’t help becoming more intense. Once we got home, I opened the box, and my eyes met the baby dumplings that were waiting there in their circles.

I unsealed the plastic package, and before I knew it, it was already spinning around in the microwave. As soon as it was done heating, I rushed to the counter to get my chopsticks as the aroma wafted through the room. It was definitely calling my name.

My chopsticks took hold of one dumpling, and my mouth began to take a bite. Even though it was a small one, I could tell the vegetables and the chicken inside were soft and tender. The flavor was melting on my tongue, and when I finished gobbling it all up, it stayed there, making me want to try more. So my chopsticks lifted up another dumpling, and again, the ingredients kept me chewing. Like the first dumpling I had, it still had the same effect on me. The package also included a sauce, which made it better, adding a succulent sweet flavor.

Once my belly was full, I couldn’t forget this delicious moment. The authentic Korean taste stayed inside my mouth. Eating these dumplings felt like eating fluffy marshmallows with whipped cream and chocolate bars.  Overall, I think the Korean style adds such a different flavor to the dumplings in comparison to what I’ve had before, and it’s ridiculously luscious.

I hope that in the future, I’ll be able to consume new foods like these dumplings and enjoy them.

I wish that I had eaten more cuisines that give my taste buds something I didn’t anticipate but still take delight in. From this experience, I know it was worth it. No matter how new or different cuisines stand out to me in any way, I would never turn down the chance to give them a try.