Five pilot episodes that just might be worth your time 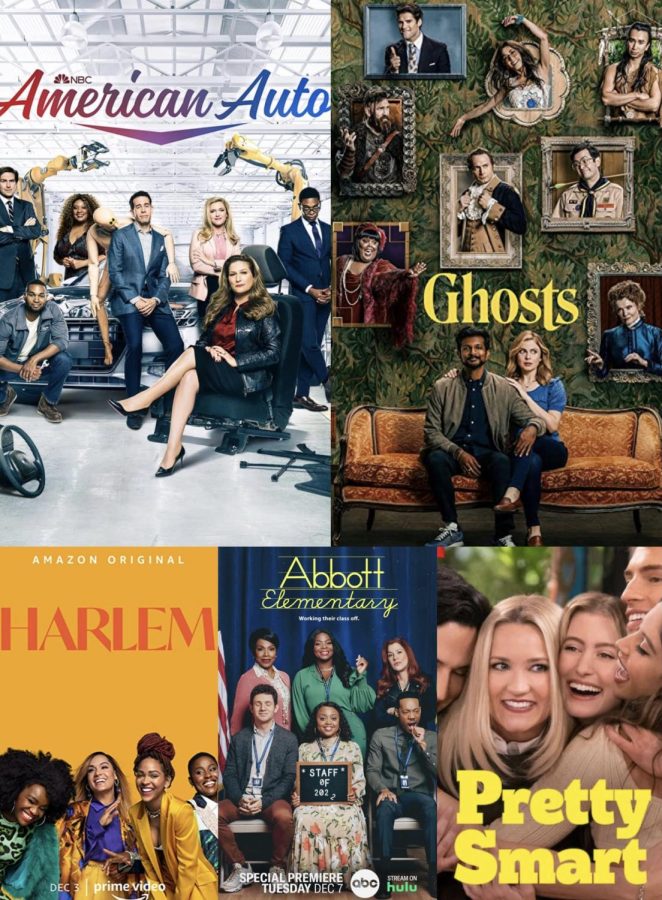 I don’t really do anything halfway—a fact that is particularly evident in the way I watch TV.

I watched all seven seasons of New Girl in three weeks. In middle school, I watched the first six seasons of Once Upon A Time all the way through three times. I have seen all nine seasons of The Office upwards of five times and could place any given scene to its respective episode.

I fully immerse myself in whatever series feels like home to me, and I will reliably return to watch the same show for the tenth time whenever I’m seeking a semblance of comfort.

However, while I’m perfectly content with my repertoire of “comfort shows,” it has become rather stagnant. I’ve missed the thrill of watching a show’s secrets unfold for the first time, especially as the episodes are coming out.

So I picked out five different pilot episodes that have aired or been released at some point during the Fall 2021 season—a taste test if you will—hoping to emerge with at least one show to spice up my viewing rotation.

From worst to best, these are my rankings.

Coming in dead last, I didn’t have high hopes for Pretty Smart, yet I was still blown away by just how unbearable it was.

The show follows Chelsea (Emily Osment), a “self-proclaimed intellectual” who finds herself moving in with her sister—Claire (Olivia Macklin)—and her easy-going, fun-loving friends.

Three minutes in, I knew everything I ever wanted to know about Pretty Smart. I was merely counting down the minutes until the episode ended and I could move on to literally anything else.

It had all the makings of a below-par Disney Channel show, just with dirtier jokes. The character archetypes were overexaggerated to the point of being painful to watch them interact as they delivered cheesy one-liners with strained smiles and disingenuous tones. The laugh track was the obnoxious icing on the cake, sealing the deal on me not even considering the second episode of this show.

I could think of at least five Disney Channel shows that I would rather watch than waste those 23 minutes of my life again.

Out of all the shows I watched, Ghosts had the most intriguing synopsis.

A young couple, Samantha (Rose McIver) and Jay (Utkarsh Ambudkar), inherits an old and charming country house with the hopes of turning it into a bed and breakfast, but they find that it’s inhabited by an eclectic assortment of ghosts.

However, while it didn’t necessarily disappoint, Ghosts was lacking in something I couldn’t quite place.

The general atmosphere of the show was quaint and quirky, with instantly lovable characters on all fronts. McIver and Ambudkar were simply fun to watch interact; while they frequently bickered, there was a heartwarming fondness that shone through as I became more familiar with their dynamic.

When the episode took an unexpected emotional turn towards the end, I was rooting for Samantha and Jay. Oddly enough, this switch in energy was a point in favor of Ghosts, as it provided a level of depth that further immersed me into the plot.

However, if it weren’t for the cliffhanger that the episode ended on, I don’t know that I’d even consider giving Ghosts a second shot. Once I had clicked away, it faded away into a pale yellow and green memory, the idea of something nice that I wasn’t entirely compelled to return to.

But I won’t write it off quite yet; if nothing else, Ghosts had the potential to become something irresistible in its later episodes.

In bold colors, themes, and characters, Harlem stands out from its competitors. I wasn’t sure what to expect from it initially, but at every turn it had me wanting more of the intoxicating confidence it exuded.

Harlem follows four best friends navigating their careers and their love lives in Harlem NYC: Camille (Meagan Good), a passionate anthropology professor at Columbia; Quinn (Grace Byers), a fashion designer and hopeless romantic; Angie (Shoniqua Shandai), a confident aspiring singer/actress who never fails to speak her mind; and Tye (Jerrie Johnson), the designer of a successful queer dating app who knows what she wants and takes it.

In every subtlety and every obvious manner, Harlem is a girl-power anthem. The sets popped with vivid splashes of color, the costume design perfectly encapsulated the personality of each main character, and the soundtrack captured the femininity and moxie that the show radiated.

With four WOC leads and a WOC writer (Tracy Oliver), Harlem is also a celebration of Black culture and Black power and is just one example of the voices that deserve to be uplifted in a field that is often predominated by a singular perspective.

As the credits rolled, I was left feeling empowered and craving more of the bold New York scene and the compelling female friendships that took center stage in front of a dancing and colorful backdrop.

From the synopsis, I initially expected Abbott Elementary to bear some resemblance to AP Bio, a show whose very specific brand of comedy I found completely irresistible. However, I wasn’t disappointed that Abbott Elementary was something else entirely.

Filmed in a mockumentary style—which I’ve realized I find strangely comforting—Abbott Elementary centers around the teachers at a severely underfunded elementary school as they support their students through the unique means at their disposal.

Abbott Elementary also had the best plot of almost all the episodes I watched. Pilot episodes tend to primarily focus on establishing exposition, which is an important component in the long run, but it often means neglecting the plot. Somehow, Abbott Elementary managed to deliver a perfect blend of the two, so I’m not relying on the second episode to really hook me.

Out of almost all of the shows I watched, Abbott Elementary had the most potential to be added to my lineup of comfort shows.

Just from its “packaging,” American Auto was destined to be a winner in my book. I have a soft spot for workplace comedies, specifically those of the NBC variety for some reason: The Office, Superstore, AP Bio, Brooklyn 99, and recently, Parks and Rec.

Not only is American Auto a workplace comedy airing on NBC, but it’s directly from the creators of Superstore.

The show focuses on a group of executives at a car company in Detroit, working under the supervision of a new CEO, Katherine Hastings (Ana Gasteyer), who knows nothing about cars.

Much like Abbott Elementary, the characters were easily recognizable in a subtly obvious way. I could picture following them through several seasons and watching all of the setup for budding relationships develop to fruition.

However, where American Auto truly excelled and outranked Abbott Elementary was in its comedy. The style was something of a combination between the dry, almost fatalistic comedy of Superstore and the comedy that seems to build off of itself that’s reminiscent of New Girl.

As I later explained one of the plotlines to my friend over FaceTime, we were giggling in the way that only The Office, New Girl, or our own sleep-deprived ramblings can bring us to do.

American Auto has all the makings of the next up-and-coming comedy, and I am excited to have discovered what I believe will be a smashing success so early on.

Without a doubt, branching out from my tried-and-true comfort shows was a smashing success in itself.