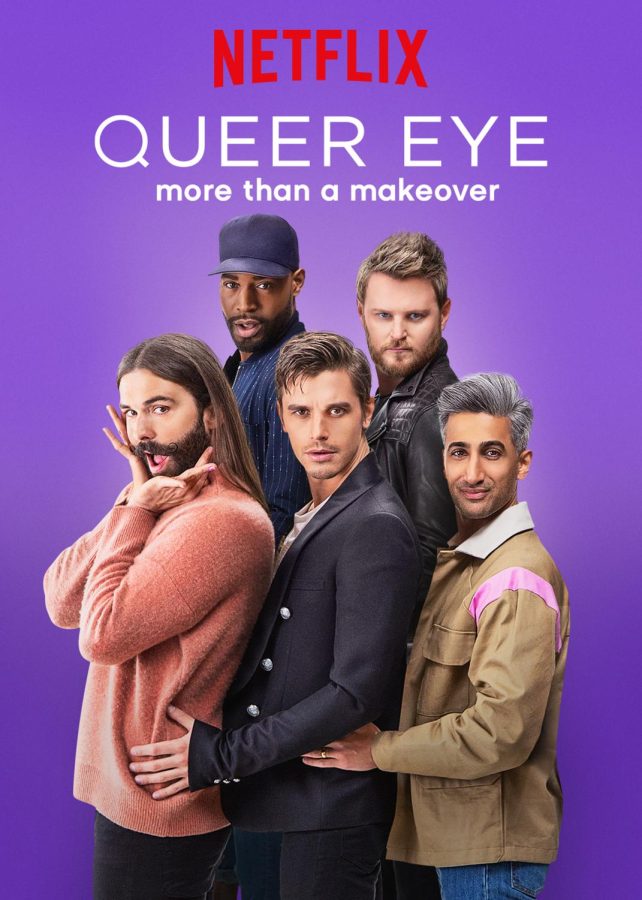 a poster for Netflix's Queer Eye

This means that aside from getting my fair share of hilarious tweets from the hosts of Netflix’s original series Queer Eye, I also was very quickly made aware of the incoming sixth season that was preparing to debut.

Queer Eye—hosted by Tan France who is responsible for bad wardrobe remedies, Jonathon Van Ness who helps with new hairstyles, Bobby Berk who renovates spaces in their home, Karamo Brown who oversees the category of culture, and Antoni Porowski who is in charge of food and wine—is a lifestyle remodel show that is centered around improving people’s quality of life and helping them grow into their personality. They encourage people to flourish in their own skin, and for me, that’s what makes this show so endearing.

The tag line of their show—“more than a makeover”—just further drives home the point that they don’t just want to change their heroes and leave, they want to help them better themselves and grow into their own skin.

This season, the group is hosting from Austin, Texas, adorned in cowboy hats for the first episode.

Each episode opens with an explosion of bubbly personalities and upbeat themes as the five hosts, sitting in their car, debrief on their latest “hero” and their story. These few minutes not only provide some information about what’s to come in the episode but effectively introduce us to the main character.

The show itself is stimulating. With so much going on, it’s nearly impossible to get bored as the camera jumps around from each facet of the hero’s life. In the first episode, “Showdown at the Broken Spoke,” we get to meet Terri. Throughout the entirety of the episode, we watch the Fab Five help Terri grow into her role as a grandmother, and they help her and her daughter overcome their differences.

As I continued watching, I was introduced to nine more heroes throughout the 10-episode season.

And while each episode featured vastly different people, they all had engaging personalities that you couldn’t help but fall in love with. That’s what I love about this show: the people.

You can’t help but love the Fab Five and their infectious positivity as they help their heroes navigate through their life just a little bit easier. But on top of the incredible hosts, the heroes also make an impact on the watcher. They all are extremely inspiring and driven, and it makes me, as a teenage girl, not only more secure in my skin but excited about all the things I can accomplish.

That’s what is so powerful about Queer Eye. It’s inspirational without trying to change someone. Encouraging, without being pushy. A must-watch without being overplayed.