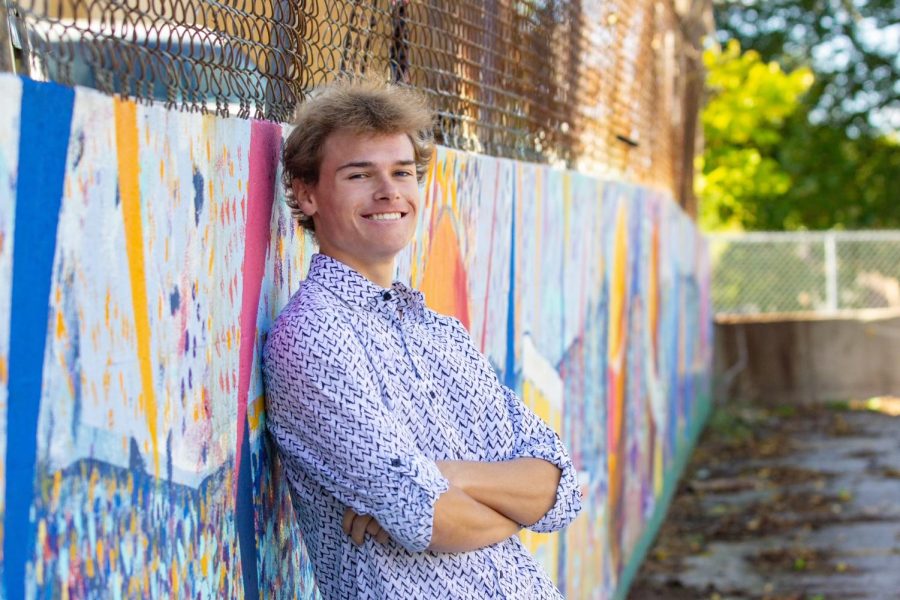 1. Why should people come watch the show?

“People should come watch the show because it’s a bit different this year. We’ve got three judges, which will bring a little more pizzazz to the show—just a little bit different than previous years. We’ve got a lot of cool talents and we’ve got some cool hosts. We have Theryn Hallock and Joe [Murdock]. Theryn will be the first female host that there is, so that’ll be cool to see.”

2. What is the colossal prize?

“The colossal prize is a cash prize. I don’t know exactly how much at the moment, but I’ve heard it’s a decent amount.”

3. What work goes into the show behind the scenes?

“So behind the scenes, first we had to scout out some acts we wanted to see. There were auditions; we decided who got in and who didn’t really fit the part. Then we’ve had one practice so far, and we have another one this week, and then one next week, and then, on the day of the show, we get there at noon and then rehearse up until 7:00 or 7:30 p.m., [which] I believe is the starting time.”

4. What makes this show different from shows in years past?

“The [fact] that there are three judges is the main difference because, normally, it’s just kind of been [where] the acts [perform], and [now], we are [also] going to have judges that are going to give comments after each act and then they will decide who gets the prize.”

“I prefer Coke, just because it kind of reminds me of summer.”