After We Fell didn’t just teach me resilience 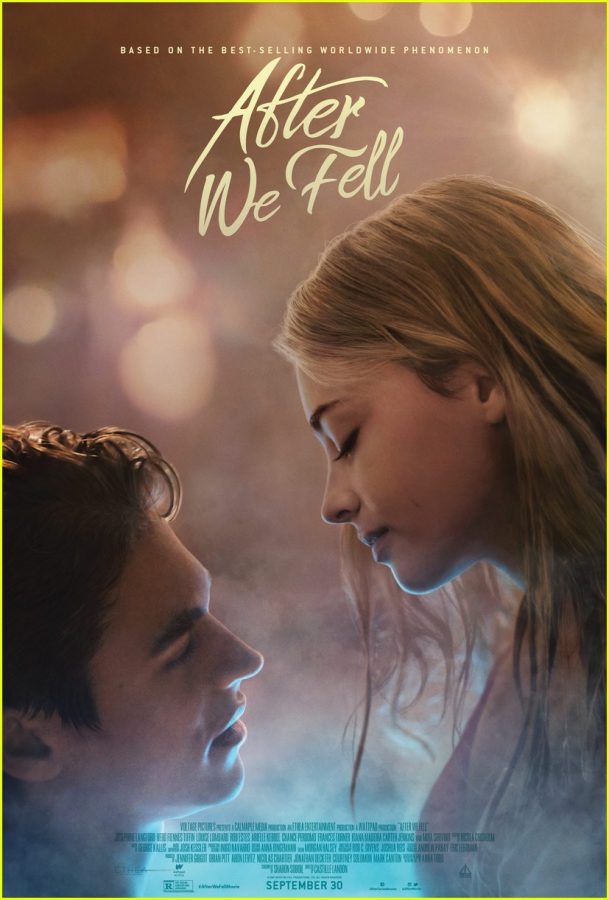 Cover of the movie After We Fell.

“There is a big difference between not being able to live without someone and loving them” (Anna Todd).

After watching the whole hour and thirty-nine minutes of the movie After We Fell, this quote particularly stood out to me. As I watched—drawn into every second of the film—an array of emotions swept through me, and each time, a new feeling became stronger than the other—at one point tears even rolled down my cheek.

Released originally in European countries on Sept. 1, 2021, the new movie recently hit the top ten on Netflix. The film revolves around the two main characters, Tess Young (Josephine Langford) and Hardin Scott (Hero Fiennes), as they figure out their relationship and learn to become open with one another. The sequel surrounds a series of difficult events that challenge the two throughout the whole movie.

I felt it was tricky to connect to some scenes, but I really took away the heartbreak and struggles that Hardin went through. As an actor, Fiennes had to tap into Hardin’s mindset, for his character was faced with multiple wounds to his heart and a life filled with many lies. Hardin was part of a torn family—one which had never been able to fulfill his needs.

One of my favorite scenes from the movie was when Hardin expressed his feelings towards Tessa. He’s afraid of the alternatives in their relationship—the idea that, at any moment in time, they might lose each other. He gives it straight and pops the question “Can letting go of someone lose the love between them?” This made me realize how in love he is with Tessa, how his world comes to a conclusion, full of safety, while being with her.

Although, the scars that have impacted Hardin certainly don’t stop him from meeting the most patient, caring, and loyal person who eventually becomes his everything: Tessa.

Tessa’s character is reintroduced in this film as a caretaker for one of her family members and a hard-working college student. To some extent, I feel envious of the relationship I was growing to love, but I felt as if Tessa and I connected on a level of patience. I understood how hurt she felt with Hardin and how she rose to the excitement with him when new opportunities came.

Tessa represented resilience in my eyes; I’d like to think everyone has resilience, and after watching this movie, Tessa is now one of many characters that exemplify it.

As I watched intently, figuring out the message, I’ve come to realize that everything we do in life comes with a price. Most obstacles we face may feel like a breeze to get through, but some impact not just us but those that we love as well. Nobody just loves to love, but when hurt follows in our direction and things start to spiral out of control, that’s when you need to ask yourself if letting your guard down will benefit you and who you love. Hardin does just that; he allows Tessa in both emotionally and in their relationship.

This movie really encapsulated the heart of both characters and how they balance their lives together. Although the film itself showed a lot of the ache of losing someone, I thought it did a great job dramatizing the importance of a healthy relationship and allowed me, as a watcher, to walk away from my TV screen feeling impacted.