February 8 – today on that couch 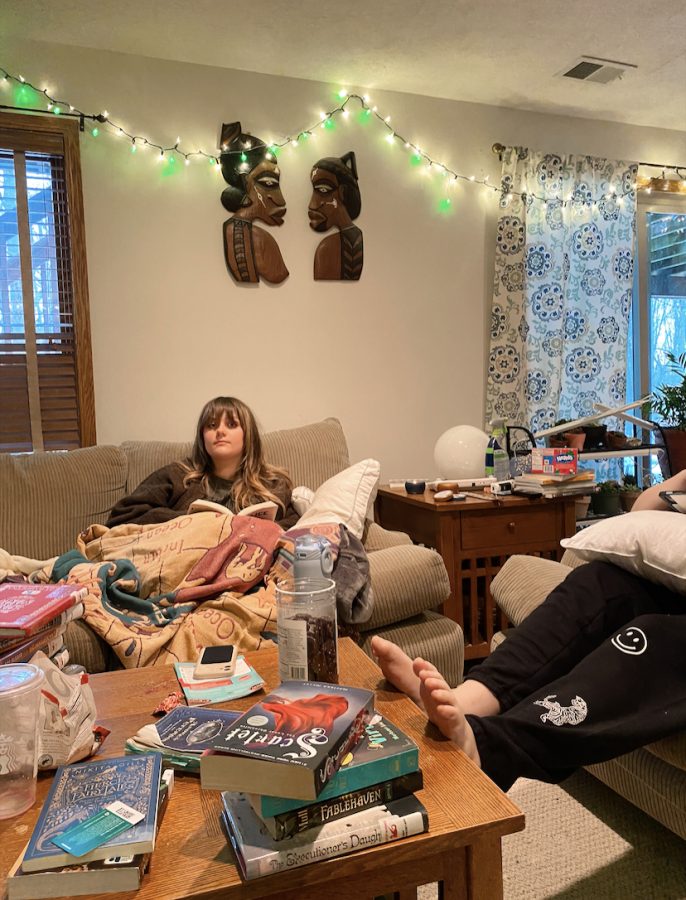 Lorelei sitting on the couch in question under that knit blanket

the kind of warm that has me carrying a blanket between classes,

finds me with at least three blankets on my bed at all times,

never being far from my knit cardigan and a pair of long socks.

I was warmed by the vivid knit patchwork

of the blanket tucked into the cold spaces around me,

warmed by the nearly empty bowl of soup on the table

steadily cooling next to the still-full chai,

warmed by the cat curled up on my chest,

the children’s movie playing on the tv screen above the fireplace.

I felt nearly just as warm as I do with arms around me,

my head on someone’s chest,

I thought about home,

about saying “I love you,”

about not wanting to move because everything is as it should be for a moment.

but in a way that let go of today,

frustrations that ran off my skin with the suds in the shower later,

and today on that couch,

advice that I laughed off—

something about a plateau and the wilderness,

but I’m writing about it now.

Eighteen is just a number

Nothing changes except that I’ll buy a lottery ticket next Tuesday.

But it’s one step closer to the edge of the plateau,

to abandoning safety and familiarity.

But I’m not alone,

and Lorelei’s right: there’s a whole world beyond the edge of this plateau