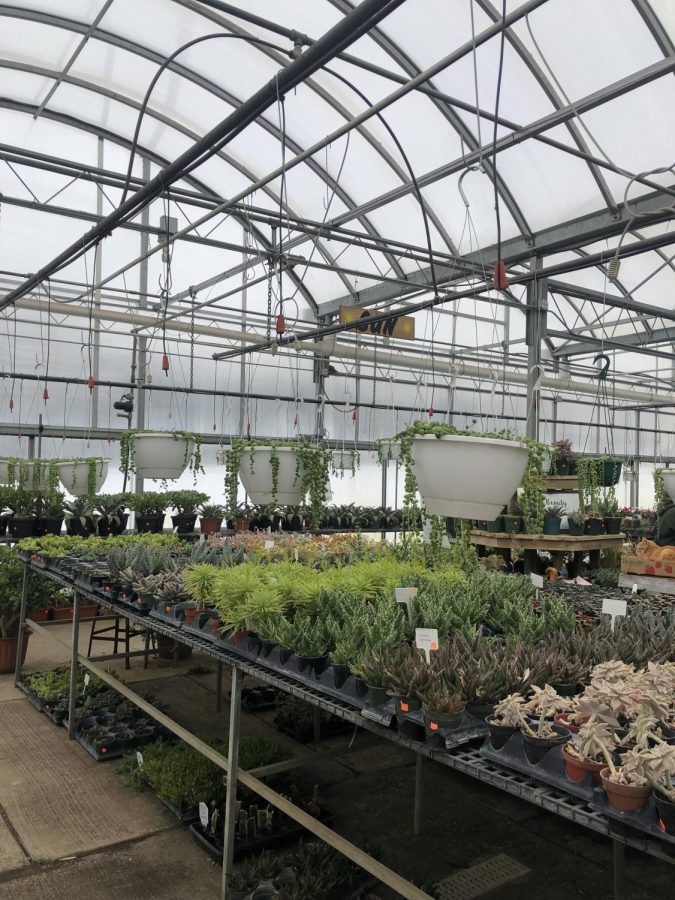 A picture of a greenhouse Jessie and I visited last weekend

Beginning to trip over the things she no longer finds meaningful. The weight of her past clings to her hands, pulling her in their direction as she struggles to flee. She aims to fly, aims to soar above the commotion down here on Earth, yet, she feels tied to the ground, shackled to the sidewalk, watching all her other feathered friends spread their wings while hers are clipped.

But times like these call for drama, call for over-exaggeration, call for some sense of self-knowing but every time she thinks she has herself figured out, a new factor is added to the equation, one she can’t simplify out. A factor that holds more weight than it should but each time she runs the numbers, it glares at her with beady eyes. It’s unavoidable for a tiny bird-like herself.

She’s no longer being spoon-fed answers, expected to regurgitate responses.

This is her decision.

The winds of change are trying to teach her their dance yet she has two left feet and no balance left to spare. She’s fumbling all of the things she’s expected to carry, stepping on people’s toes, running away before the music fades.

If she could hear the music, she’d tell you it’s a simple melody, but combined with the pounding of her heart and the other thoughts clouding her brain, she can’t focus on the mellow notes. It’s simply more noise she wishes would stop.

But the other birds seem to enjoy the chatter and the melody so she must prevail, must attempt to blend in, try to keep a smile upon her face.

She’s trying. Trying to leave the nest that is all she’s known, trying to pick the location of her new nest, a nest with different people in a different town in a different state. Trying not to let such trivial things affect her decision, but they do.

She’s conflicted with every step she takes, with every part of the dance she messes up. She can’t nail the rhythm as easily as all the other birds did. She can feel herself falling behind as the other songbirds begin singing about their new nests while she still battles herself.

Different parts of herself pull at her heart, wish to fly away, fly towards the sun, and never feel stuck to the sidewalk ever again. But, she can’t help but be sad for the things she’ll miss about this nest she’s spent 17 years building.

Seventeen years feel as if they’re being condensed to one decision. The rational part of her brain knows it isn’t, but she feels as if it is, feels as if she’s losing a battle she didn’t know she was fighting in—feels blindsided by herself, betrayed by her inner thoughts.

Stumbling over parts of the dance she thought she had figured out years ago resurfacing as she gets ready to leave the nest.