Poetry has shaped lives and has produced unbreakable bonds 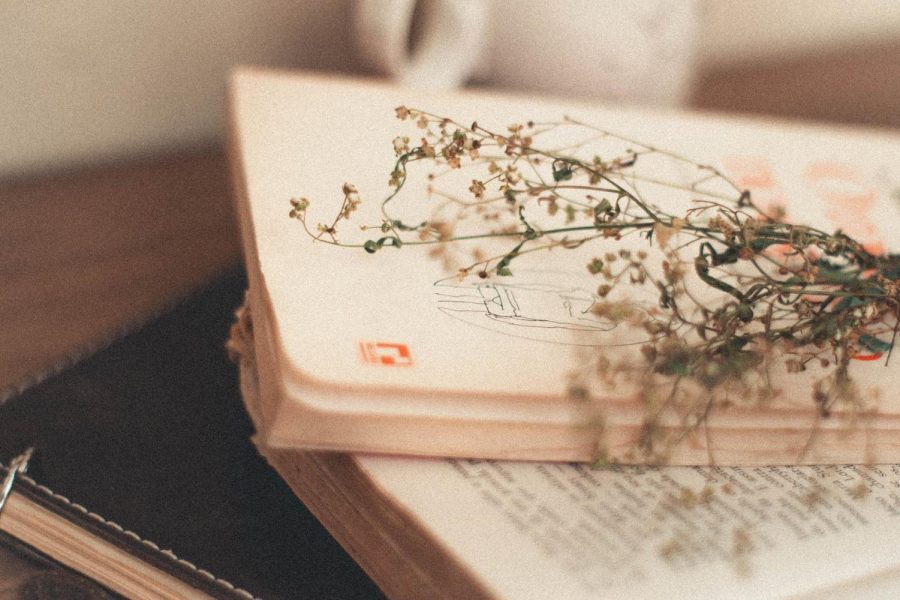 No matter how many poems have come to life within her classroom at FHC, AP Lang and English teacher Dr. Anne Keller will always find peace in her elementary school library’s poetry section.

Poetry has influenced the bounds of Keller’s life in unimaginably extensive ways. Her hobby has allowed her to meet world-shaking individuals, this including her mother’s favorite poet Gwendolyn Brooks—the first African American woman to win a Pulitzer Prize for poetry.

“I actually got to meet [Gwendolyn Brooks],” Keller said. “My mom brought [Brooks] here to Grand Rapids to speak with her students; that was a momentous occasion. Actually, one of my poems is about when [she] died, we went to her funeral. That was a poem I think won second place in the Dyer-Ives Poetry Contest.”

This astounding connection of individuals is not an isolated experience. Despite the incredible bond she formed with a soul as astounding and inspiring as Brooks, Keller draws constant inspiration from those she surrounds herself with—this especially includes the students that filter through her classroom each year.

“I’m always inspired by my students,” Keller said. “I think what’s fascinating to me is the way that they put their ideas on the page in ways that maybe I haven’t thought about. They’re thinking in unique ways. I think young people are very perceptive and they see the world from a different point of view than I do.”

Keller’s students help her view the world consistently from a different lens, often helping her to better understand her own writing. Although this aspect of inspiration is incredibly prominent in her classroom, her students have also inspired her in many other ways.

She used to send her classes outside to write poetry about their natural surroundings, and at a certain point, students began to feel uninspired by the unvarying landscape of FHC’s campus. When this occurred, especially to one particular student, inspiration struck and Keller wrote a poem about the moment in her teaching career.

“[Poet] Dorothy Wordsworth had this entry in her journal that said something like ‘Went only to the mill,’ [meaning] it was just a boring day,” Keller said. “My poem was about how to celebrate those moments when nothing happens [because] when you’re paying attention, then you can capture what’s important about those sort of nothing days.”

With such inspired and intriguing work, it’s no surprise that Keller has had immense involvement in the poetry community—especially the Dyer-Ives Poetry Contest. As referenced, Keller has won many awards within the contest and has even been offered the opportunity to be a preliminary judge of the poetry competition.

This contest is open to Kent County residents of all ages and has provided Michigan with an opportunity to express creativity for more than fifty years. This year, the contest is taking submissions for the entirety of February; however, this isn’t the only chance for poets in Michigan to showcase their talents. Sophomore Jia Niemeyer is only one example of a young poet who has taken advantage of opportunities to display her poetry.

“I entered my first poetry contest last year, and I won,” Jia said. “It was the Teen Michigan Poetry Contest, and there are two categories: slam poetry or spoken word poetry, and then written poetry. I applied for both and won the writing.”

As can be understood, Jia is astoundingly talented in utilizing her words creatively. No matter how well words are strung together, the concepts being brought to life on the page are equally as vital. The piece that won Jia an award in the Teen Poetry Contest for Write Michigan excels in this masterful art of conceptualizing.

“[The poem] was ‘A Soul That Doesn’t Feel,’” Jia said. “It’s about how a lot of people are going to write about heartbreaks and anxiety, all of those stronger emotions, but that [poem] was more focused on [how] I don’t have those emotions of my own. So it’s all about writing about [stronger emotions], but they’re stolen feelings.”

This creative style of writing poetry was very comfortable for Jia as it’s often how she writes her poetry. She oftentimes uses her poetry as an outlet for creativity and imagination, finding herself writing about emotions she hasn’t ever experienced.

This type of writing, although very intriguing and commendable, is, of course, not the only form of expressing oneself through poetry. In fact, Jia’s style differs completely from sophomore John Orr’s.

“[I write] mostly about personal things that I’ve gone through or events that have taken place in my life,” John said. “If I have an emotion, I just want to get it onto paper.”

Words have given John nothing but an outlet to express himself; oftentimes, he shares his poems with other close friends to get feedback about his thoughts. Besides allowing them to read his own poetry, he urges others to participate in the creative outlet themselves.

“I think it’s important for people to express themselves,” John said. “And a lot of times, it [helps] to get emotions off your chest, and I think that’s healthy. [What] I like the most about poetry [is] that there are no solid rules, and you’re allowed to [write] whatever you want.”

“I think you build a community of writers when you’re someone who writes,” Keller said. “People who love language gravitate towards each other, and you think about words in new ways. It helps me connect with [my students] as well because we’re all using the same medium to think through things that are going on.”