I’m clinging to the things that will always hold true 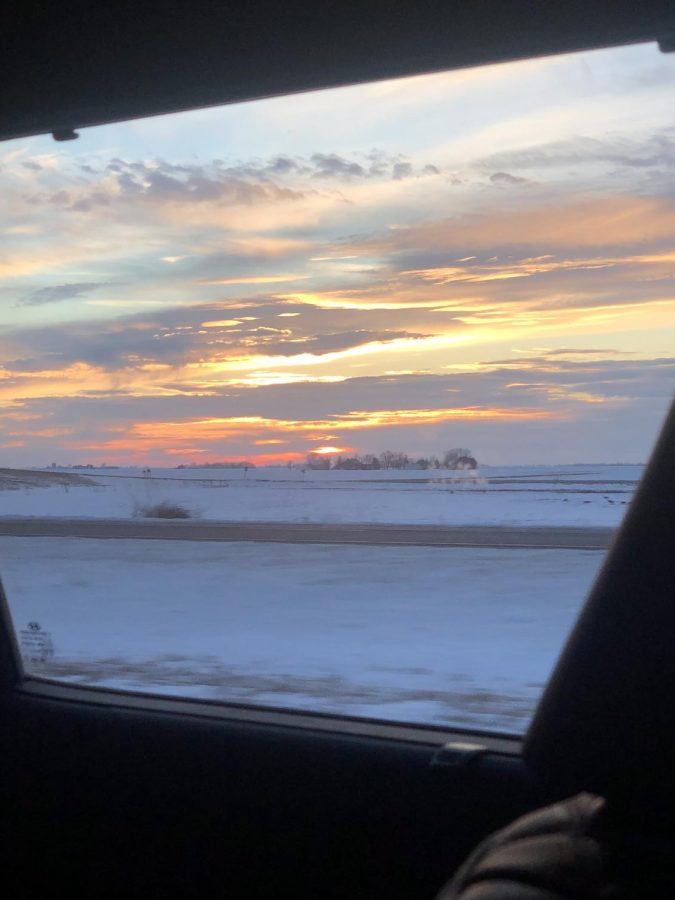 Things are hectic right now—housing plans, The Senior Edition planning, and being pulled in every direction by everyone around me—but I’m holding out for the end of the year, holding out to be able to look back and be proud of my senior year and the things I’ve accomplished.

As the March of my senior year begins to wash over me like a riptide pulling me deeper and deeper into the realization that I’m moving away in five months, I’m figuring out a way to cope. Learning to process my emotions in a healthier way, acknowledging that things are hard, but they’ll get better.

Because as terrified as I am, I’m ecstatic to soak up all the knowledge waiting for me in Missouri, excited to get my foot in the door of the industry I want to spend my life contributing to, excited to have new trees to act as my muse and a new sky to write poetry about.

I’ve spent the past 17 years of my life under the same sky, preparing myself for unpredictable weather patterns and bipolar seasons, but it doesn’t snow nearly as much in Colombia, and I wished there was a word that better encapsulated my feelings, but “excited” is all that comes to mind.

Unrealistic expectations of living on my own, claiming independence while clinging to those around me, those that I’ll leave behind. Aunts saying they have a spare microwave I can take with me and the plants on my windowsill that I haven’t touched in weeks. Feeling like I’ve already given up on my life here in Michigan, clinging to the bits of it that remain, trying to salvage what’s left—clinging to that fact that nouns will always be nouns and punctuation will always go at the end of my sentences no matter how long they run on.

I’m running on no sleep.

Because while I completed 15 of the things on my to-do list for last night, that one unfinished task kept my brain turning, my mind wandering through a forest with trees taller than me.

Trees that have already solidified their place in this world, claimed the land beneath their feet as their own, not to be taken from them under any circumstances—I don’t feel like a tree.

I feel like I’m waiting for the rug to be pulled out from under me, for the world to flip upside down, for there to be some obstacle that prevents me from fulfilling my ambition addiction. I’m stuck between excited and scared, walking a tightrope of happy and anxious with no end in sight.

But, that isn’t true.

Because my first day of class is August 22nd, one month after my 18th birthday, and there is an end in sight, and I’m going to be just fine.