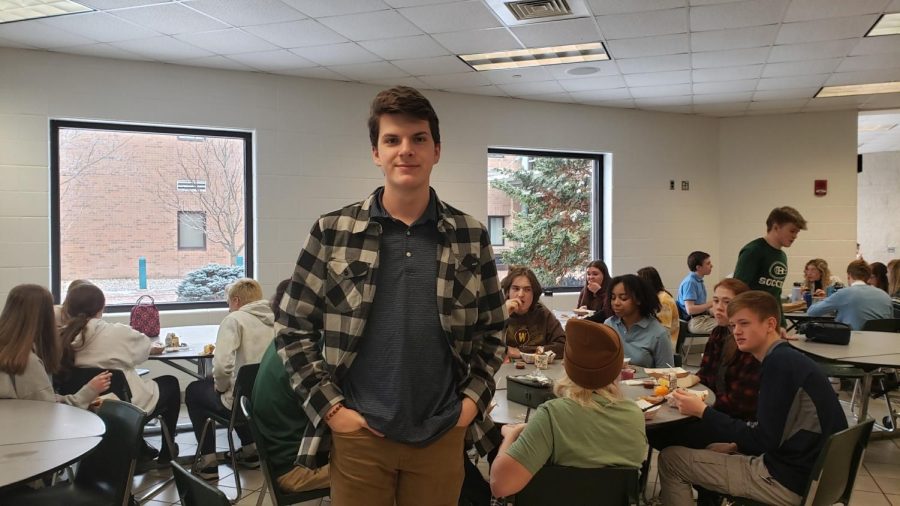 “Honestly, I’ve done the previous shows, and I have a lot of friends who were doing it. So actually, kind of at the last second, I realized my schedule would be clearer than I thought and decided to audition.”

“It’s not the Disney Cinderella. There are new elements. I play a character who’s not in the Disney version at all, and it’s just a different version of a very old story.”

“The comedy is pitched to be received by people of all age levels, which when you’re doing comedy means you play to the lowest denominator. So, a lot of the jokes that we’re making and things like that are very much built for kids first and then adults second. It’s been really fun doing some really big, goofy stuff and playing around with voices or yelling—doing that sort of stuff has been really fun.”

“I would say that we’re both ambitious–I would like to think to a lesser extent; I play the primary antagonist, so I’d like to think we’re not incredibly similar.”

“Not for every performance, but in theater, there’s something called Hell Saturday, which is the last Saturday before a show. You go, and that’s when they add on the tech. So for Hell Saturdays, and sometimes the first show, I go and get Biggby. I get a sausage, egg, and cheese from Biggby and some sort of very sugary drink because I worked there for two months, and that was enough time to develop an addiction to the very sugary, greasy menu. So, it helps relieve stress.”

“I like to try and dispel stereotypes that go along with theater, and I make an active effort. I have a plethora of incredibly nerdy hobbies, so I take pride in kind of dispelling the negative stereotypes, and the ideas that theater and generally nerdy things are kind of for people on the fringes of society. They’re people who maybe aren’t as socially fluent in other things that are trying to open up those circles to everybody and encourage movement back and forth.”

“I’d like to think Genie from Aladin because he’s funny and helpful and good to be around.”

“I’d like to thank my parents. It’s kind of cliche, but they’ve been very supportive. I come from a very stem-oriented family. My dad teaches shop. My mom’s a doctor and does medical business and all that. My brother did a robotics team for a couple of years. And then I was like, ‘Hey, I think I want to do theater.’ They were like, ‘That’s great! When’s the show? Can we come?’ So I’d like to thank my family’s support.”