The Young Americans Club is making a history with political education 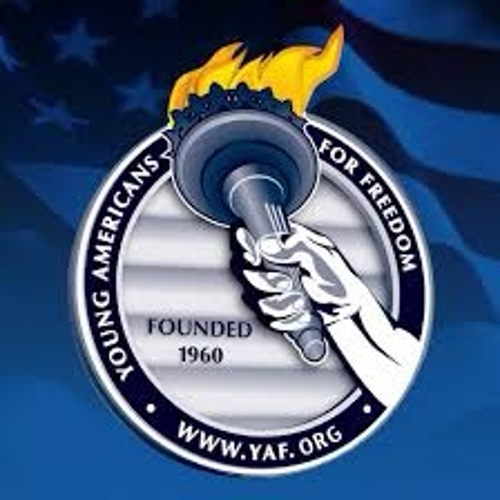 Senior Desiree Tuohy knows how important political awareness is for young people today. That’s why she is excited to lead a new club known as the Young Americans Club.

“It’s definitely [about] more political awareness,” Desiree said. “If you look around today, everything has to do with politics. It’s unfortunate in my opinion, but that’s how today is.”

Desiree knows the club is just getting started.

“Right now, we are still in the building block. I [chose to] set up this club as more of the base of it,” Desiree said. “With the successors of our club, we’re planning more activities, but the main thing we’re focusing on this year is creating some sort of pamphlet to educate kids on some of the things we will be voting on and upcoming election[s] [because] that’s something that’s very talked about in today’s society.”

Social studies teacher Cal Anderson—the advisor—sees the club as a perfect opportunity for kids to learn and discuss.

Anderson was happy to serve as the advisor and is proud that Desiree and other students decided to get the club started.

“The biggest challenge is [that] a lot of times, students want to do [their] things,” Anderson said. “Students approached me and [said that] they wanted to have the club. The challenge was them following through on what they wanted to do.”

Starting a club isn’t easy, and Anderson is excited that the students were persistent with getting things going.

Desiree knows that joining provides the benefits of political education outside of school for kids who don’t normally get to learn that subject much.

“It’s a place where you can meet with people who have similar points of view as you, “ Desiree said. “You can grow and build connections that you probably [haven’t] built. It would be a great way to further educate yourself. Maybe if you’re not taking an AP gov. class or if you’re not taking some sort of politics or [any type of class like that], that would give you more information so you’re [not] basing it solely on what you see on social media.”

Anderson is helping lead the discussions and wants students to understand other points of view.

“They want to discuss and debate in a cordial way,” Anderson said. “In a way that it’s not a fight. It’s just a difference of agreement or difference of opinion. Have respect for other people that might not think the same way you do. We’re better off as a society if we can discuss issues in a cordial manner even though we don’t agree.”

Senior Elijah Luyckx joined the club and thinks it’s about learning your rights and responsibilities.

“Do you want to learn about our rights as an American citizen?” Elijah said. “That’s what I think of as [our motto].”

Since the first meeting, Desiree has been witnessing a good amount of progress transpiring through the club so far. She is also awaiting more involvement from other students.

“We’re having more growth, and I think that’s really good,” Desiree said. “Just getting a more consistent body of students to show up is definitely a challenge.”

Desiree said that the atmosphere is positive.

“I think [it is] a friendly environment,” Desiree said. “Cal Anderson is our advisor, and he is really kind and very educated on the topics we go over, so it’s a very friendly and open environment. We had four kids who really enjoyed it.”

Overall, Desiree is excited about what this club can bring to FHC.

“I’ve started this Young Americans club because I believe that teenagers are more politically outspoken,” Desiree said. “[I believe that] our school should have a place where students can learn political beliefs can come together and educate themselves on the values that their political party or political views may [relate to each other].”