The Central Trend • May 2, 2022 • https://thecentraltrend.com/119880/opinion/white-hot-the-rise-and-fall-of-abercrombie-and-fitch-was-eye-opening-and-reflection-invoking/

White Hot: The Rise and Fall of Abercrombie and Fitch was eye-opening and reflection invoking 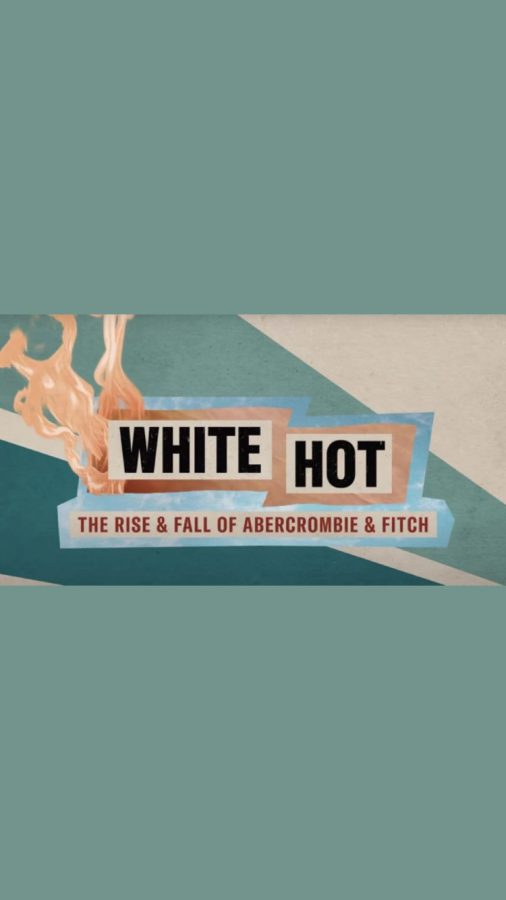 The title screen for "White Hot: The Rise and Fall of Abercrombie and Fitch."

As a Gen-Z baby born in the smack middle of 2005, I caught the very tail end of the Abercrombie and Fitch reign. Due to my timing, my preconception of the brand was that its empire failed due to consumers’ interest shifting away from the style of 2000s branded clothing; however, White Hot: The Rise and Fall of Abercrombie and Fitch educated me on what I missed.

The movie immediately starts similarly to how I expected it would, describing the trend and “pop culture explosion” of this monumental brand in 2000s fashion. The description of its successes is in-depth, and a full perspective on how the clothing brand gained so much traction is provided. Clips of past advertisements and MTV outtakes really allow the film to transport the audience back to a consumer and teen in that time period and understand the engagement and intrigue of the brand.

As the documentary progresses, the audience hears from many incredibly interesting speakers such as past models for the company, current company executives, and many other individuals in roles that oftentimes aren’t as heavily represented in these types of productions such as talent scouts and past retail workers for the brand. These intriguing perspectives allowed for many different points of view on the main topic covered in the documentary: exclusion.

Despite the beginning of this film pushing a fun and lighthearted tone, the theme of exclusion is there from the very beginning. The audience instantly learns that the main appeal of this brand was its preppy aesthetic and push for its consumers to be the “popular” kids, something that for me was shocking to learn as in my life, I had never experienced Abercrombie and Fitch as such a widely popular and highly regarded brand.

The documentary then begins to shift to a much deeper and more alarming subject matter: outlining the countless lawsuits of racial injustices in not only the branding associated with Abercrombie and Fitch but even the hiring process. Hearing the blatant racism and ignorance this company pushed in every aspect of the way it did business, including proudly selling t-shirts with incredibly racially insensitive comics, was appalling and eye-opening—especially considering this was only about ten years ago.

Watching further, the film does an excellent job of presenting relevant and key information. As mentioned before, the documentary has a line of very informed and fitting interviewees who had a plethora of illuminating and fascinating anecdotes to share. These individuals included some of the named plaintiffs in the racial lawsuit against Abercrombie and Fitch, whose perspective on the matter was obviously vital and so impactful to hear.

The main message of the film alluded to the idea that former Abercrombie and Fitch CEO, Mike Jeffries, claimed he desired his brand to be “all American,” but what he really meant was white and skinny. Although the documentary does eventually provide some hopeful news about the trajectory of the brand, the true end of the film is the most impactful and inspires a strong and necessary sense of responsibility to strive for better.

Overall, White Hot: The Rise and Fall of Abercrombie and Finch opened my eyes in a way that allowed an opportunity for much more intense self-reflection on my tendencies as a consumer, and even more as a member of society. It also inspired even further observation and exploration of brands I tend to support and the impact they have on our world. This film is one I feel is vital for everyone to watch, especially to further grasp the concept that despite the promising advancements we’ve made in our society, there is still a constant importance to observe, learn, and grow.