The Central Trend • May 6, 2022 • https://thecentraltrend.com/120328/opinion/being-a-feminist-shouldnt-be-a-label-it-shouldnt-even-be-needed/ 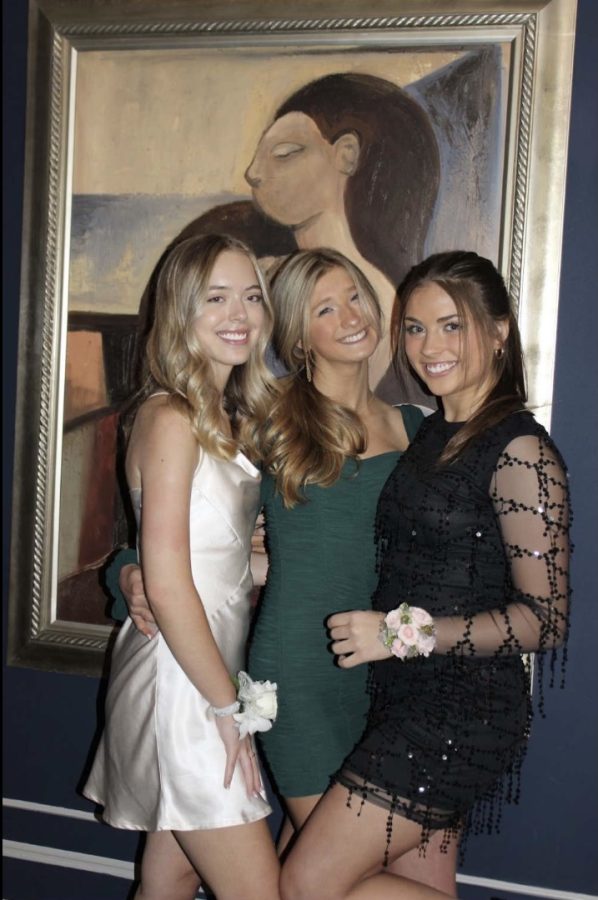 I would say we are all feminists, however, I hope that we don't always have to be.

In writing for The Central Trend, I have compiled a long list of potential story topics. As you can probably imagine, it’s quite extensive.  The list is a range of anything that comes to mind. While this plethora of options is beneficial when my creativity runs dry, more choices align with more conflict. So, I rely on my peers’ input on what story they think is the best.

In my last editorial, I fell between two topics: either The Barking Boutique or how being born a girl is a disadvantage. In consultation with my class, they said “I like both topics, but the second has been done before.”

So “The Barking Boutique is a heartbreaking retail store for puppies” was released to my staff profile because I decided I didn’t want to write what had been done so many times before; however, that exemplifies my point about my other topic almost perfectly. We acknowledge the problem time and time again, yet almost no difference is made, and some changes are even made in a backwards direction.

At first, I thought I needed some angle to approach this story with. For example, I wrote a similar story earlier in the year about how society titles woman. I see no room for an angle, for one specific issue. I hope to bring attention to all of it.

The song “The Man” by Taylor Swift played as I sat in my room last night, and I decided enough was enough. It was time to write this has-been story in hopes it can become a had-been story anytime in the near future.

There is no term parallel to feminism on the male end of the spectrum because there ceases to be a reason.

To offer the gist of my point, let’s talk about a few ways the world is catered to fit the anatomy of a man.

If you are a woman driving a car that was built before 2012, you are 47% more likely to endure a serious injury in a car crash.

The car crash test dummy used up until 2012 was built to fit the average male anatomy, and even now, it is simply a scaled-down model—not exactly accurate.

The world does not have the time to keep all of us safe. When it is time to make a decision, women suffer the consequences. I’d like to say men reap the benefits, but can basic human safety be considered a benefit? I feel it should be more the expectation.

When we enter the idea of injustices in government, it is sickening to see the gender discrepancies.

About 51% of the U.S. is women. So I question why we celebrate the 27% of the House and Senate women reside in. The all-time high. We celebrate women obtaining little over one-quarter of the representation when we control the population. And while one may say it’s only 1%, that accounts for just about 3.25 million people. I choose not to disregard that single percent. I find value in that 1%.

When one is viewed as overly emotional, and leadership turns you into a bossy narcissist, why even attempt?

I would like to bring attention to some biases that are commonly held against women.

Biases not only held by men, but also much of the population.

With the UNDP’s analyzed data from about 80% of the global population, we can root these alleged biases in fact. Of all polled, half find men to be more suitable for leading politics. Twenty-eight percent deem it justified for a man to beat his wife.

Consciously or not, you and many others may just be rooting against yourself.

To revisit the song I mentioned in the beginning, she says, “I’m so sick of running as fast as I can/Wondering if I’d get there quicker if I was a man.”

As I run through the back end of The Central Trend, I search for the correct category to put this piece. I find myself hovering my curser over “opinion.” In my opinion, this is the furthest from checking the box for opinion as possible. Who in their right mind argues that woman deserve less than the safety and opportunity men receive. What is the other side to this argument?

Opportunity and safety are all at a much greater risk for anyone not born a man. Anyone who chooses to dismiss the inequalities of society as one of those things that’s “just a part of life” frankly has no room in modern-day society.

The battle of feminism is one that I encourage not to choose sides. The battle is not left vs. right; it has no reason to be made political at all.

Feminism shouldn’t even be a side to pick. There is no reason for an equal human to fight for equal rights. There should be no battle to fight. The fact that feminism even needs to exist exemplifies the blatantly obvious problem. However, if society seeks to separate sides for men and women, I think it’s all but appropriate for women to grasp the power over their own fate.