A wish finally swept to sea 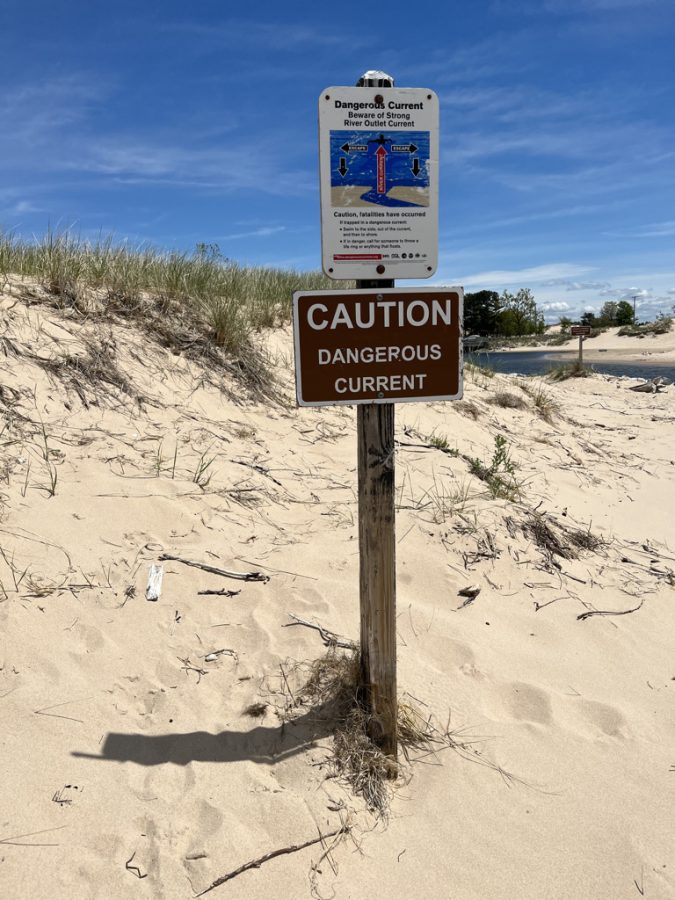 A sign at a beach in Ludington that I didn't realize would portray my emotions perfectly.

A bracelet was tied six months prior; the same one was broken one week after.

In five seconds, I was down the stairs, unsure of what just happened. But the tap, tap, tap, which was long gone by that point, echoed in my thoughts. A tap, tap, tap told me I was getting too close.

The sound that I yearned for over a span of six months caught me off-guard.

I thought about tying the string back together and making the sound wait for a bit longer. I was ready to pick up the pieces before I got swept away. I felt like after months of waiting to jump into the deep end, I should hold to shore. I would cling to a rock and wait for the current to pass.

I grabbed for a rock on the side of the shore. I waited for its edges to catch on something—anything—to slow me down. I stared at it intensely, wishing for it to stop me. The stone tumbled far enough to let me go, but not enough to topple in with me.

What I forgot was that a small rock can’t stop a dangerous current; no amount of boulders can.

In comparison to the current, the asteroid that killed the dinosaurs would be a pebble. The moon would be a basketball; a baseball-sized rock would be a grain of sand.

I’ve been told that when in a deep current, I need to shoot for the side. I need to find an object to hold me back, if possible.

For some reason, I don’t want to.

I want to be consumed by this forceful current. I want it to wash over me and bathe me in its scent and warmth. I want the excitement, no matter how many obstacles it pushes me into.

Maybe I’m insane, but I just want the current.

So instead of reinforcing the string of my bracelet, I ripped it from where it was trapped in my sock. I turned around on the creaky, narrow stairs and bolted. The pain in my calf from some unknown cause was willingly endured. I couldn’t bring myself to speak, so I held it up in silence.

I stared into the depths of the six-month-old black string, willing for it to tell me what to do.

But in the end, a wish bracelet like that is meant to break. I knew what I had signed up for and internally willed it to break. I whispered a hope six months ago and it has finally been delivered.

For now, I let the water consume me. I look at the empty space on my ankle and hear the tap, tap, tap in my ears.

I’m pushing myself far too deep, with no rocks around, and watching the current wash over me slowly.