The Central Trend • May 31, 2022 • https://thecentraltrend.com/121404/opinion/columns/recovery-is-everything-but-linear/

Recovery is everything but linear 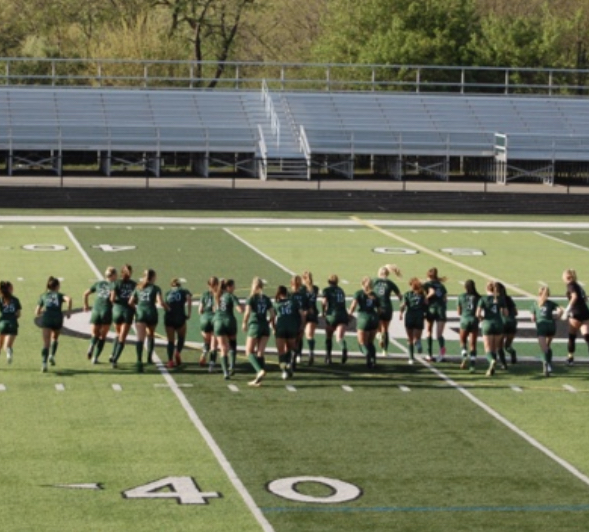 If you know me or have spent any time with me over the past—I’m not sure—probably four months, you know I had pretty minor knee surgery; some would even say I have made it my personality.

When I first announced to my teammates and coaches I would be out for three to six months, I was regularly greeted with a “well at least it’s not your ACL.” Don’t get me wrong, I am majorly glad it’s not my ACL, but that’s a common way to involuntarily invalidate my situation. Yes, yes, this is said in a comforting manner; nonetheless, I can’t make myself like this response.

Next, everyone said “you are such a great athlete, you will bounce back,” I heard this so often that I began to believe it. The first thing I want anyone with an injury to any degree to understand? You won’t bounce right back, but that is okay.

Here is the thing: as competitive athletes, we are put on this standard that we are unbreakable. Because, if you train right, eat right, and make smart choices, you won’t get hurt—that is just not how it works.

This season, I have found myself playing at a disadvantage in two sectors.

First, my teammates—teammates, biggest competition, what’s the difference—were not out. They have been progressing and have been getting better. There’s absolutely nothing I can do about that. But second, a tool is taken mentally. There is the impending fear of getting hurt again, of course, but also, there is the ‘I was so much better.’ That’s the worst. And at least for me, it’s near impossible to stifle these thoughts.

We all are susceptible to pain, to injury. And while yes, recovery can be made slightly quicker, it can’t be avoided.

So in my experiences, I have constructed a guide, basically a mentality of sorts, highlighting recovery.

To start, my method in what chopped three months of healing for me was placement. If you are planning on tearing your meniscus, keep it as shallow as possible, and medial is good.

See, mindset. I was lucky, I can accept it wasn’t all that bad. However, the more dire the injury, the longer the recovery. You can’t control where you get hurt.

Now to address some recovery by physical means.

I have always run. I have never been the fastest, but cardio has always been my preferred means of working out. When HITT and running left the equation, I was left with walking.

At first, I was distraught. There was no chance I could regain my lost endurance with such an elementary skill. But with a slight incline and the pace nearest to a run, it does the trick.

To back up, I would like to address when I couldn’t walk; this is when I felt truly helpless. My leg was pinned straight, and I was non-weight bearing, so my mobility was definetely impaired, but I did my best to at least feel like I wasn’t completely lazy. Abs and arms were my resort. And my arms, well, they are most definitely not my thing.

Athletic careers are not a linear trend. I am a little over a month back into soccer, and I think just in the past weeks or so have I found the player I was. I think that I am still coming to terms with that. I search for progress, and when progress is diminished, it’s safe to say confidence plunges alongside. As much as sports are physical, it’s inherent to acknowledge the mental game.

Cleared is a doctor’s term. Just because one has received the green light, you can’t expect to return back to normal. Just because that girl at your school recovered in three months doesn’t mean that you will. This is far from easy to accept, but once you have, it makes every step in the process simpler.