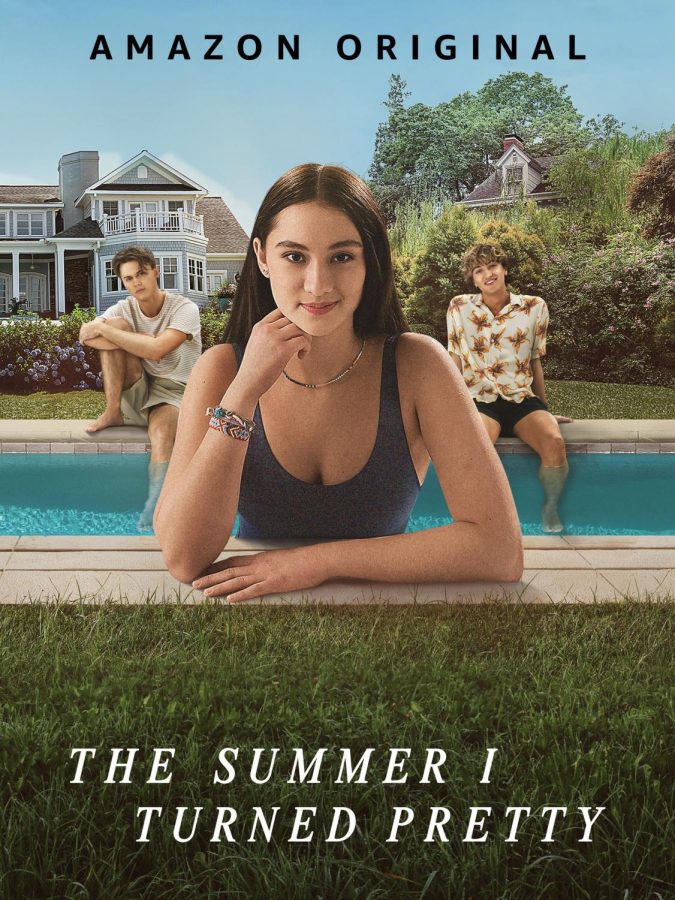 I am not a reader. The last book I read was for school, and the last series I finished all the way through was Harry Potter in the 6th grade. Needless to say, I much prefer to spend my time watching TV; less productive, maybe, but more relaxing, yes.

This being said, if I were to choose to read a book, it would be under the genre of what I like to call “fluff” books. “Fluff” books are typically cheesy romantic novels that read like a breeze and usually aren’t very deep emotion-wise.

On June 17, 2022, the television series was released, and its frivolous demeanor and adolescent humor gained the attention of almost every 15 to 18-year-old I know. The Summer I Turned Pretty quickly became the must-watch series of summer 2022. Questions fluttered about friend groups as each new person caved and watched the show, such being the most important inquiry: team Conrad or team Jeremiah?

If you haven’t caught on already, the show is more or less a rom-com divided up into seven 45-minute episodes. The main character and love interest in question is Isobel Conklin or Belly for short. Belly’s slightly childish vibes and refreshing teenage outlook on life are flawlessly portrayed by actress Lola Tung.

Of course, what charming summer romance wouldn’t be complete without the infamous love triangle? Lola’s colleagues Christopher Briney and Gavin Casalegno play the two brothers—Conrad and Jeremiah Fisher—that she is frantically stuck wavering between throughout the course of the show.

After being an avid watcher of The Vampire Diaries, you would think I would be sick of the cliché brother trope; however, it was just as amusing this time around as every other time it comes across my screen.

Although the back-and-forth relationship between Belly and the boys can get quite tiresome after a while, one of the superior aspects of the show is seeing the differing gestures between how each admirer displays their admiration toward her. This is often touched on in the flashback senses which then parallel the present day. A prime example of this is Belly and Conrad’s dance at the debutante ball vs. them dancing as kids. Not only is it adorable, but the flashbacks make their current relationship that much more meaningful.

As someone who prides herself on being able to read other people’s emotions, it was fascinating watching the different love languages develop within each character.

Aside from watching the extraordinarily tangled web of emotions from the three main characters, some of the supporting actors are just as entertaining.

My personal favorite couple to formulate from the show—disregarding the love triangle—is Belly’s brother, Steven, and his girlfriend, Shayla. Steven is played by actor Sean Kaufman, and Shayla is played by actress Minnie Mills. The pair are the most unproblematic and precious pairing to come from the show. Although their main purpose is to provide some relief when other aspects start to drag on, they are still crucial in order to show the diverse range of relationships that the show has to offer.

Whether it be their wholesome relationship, the slightly messier love triangle, or the brotherly bond, all were displayed gracefully within these seven episodes. The theme of the show was certainly to allude to all different forms of relationships and how pivotal it is to appreciate the people who understand you even in your most questionable moments.

Although this show is slightly on the childish side, there is something to be said about the almost whimsical atmosphere that seems to surround me whenever I put the show on. Its lighthearted features and entertaining plot make it perfect comfort show material—especially if you’re missing summer.