I wish to see the same mountains next year, WJMC 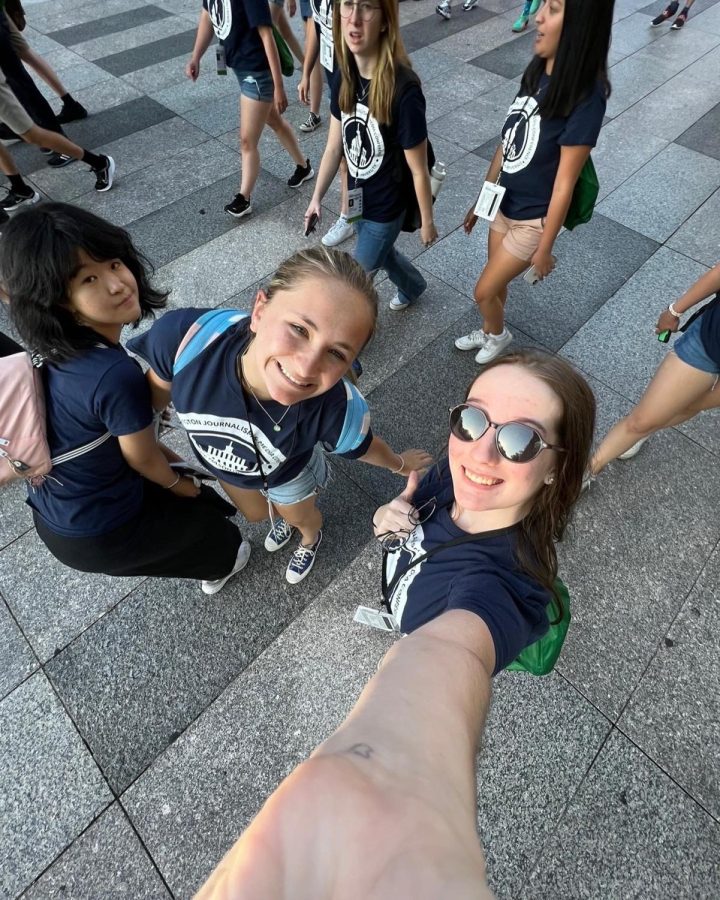 Scaling in elevation, searching the earthy, serrated edges of stones on steep mountains; seemingly, my summer no longer stood its heave. It’s July, now. Summer’s progression remains unregistered, vacant from my conscience, willful in its idea.

None of June was truly summer, only a battering prelude to what the summer was.

I fell asleep in my garage and woke up in the mountains; the sunrise was just over the summits by the time I found my glasses and adjusted my eyes. I sit there, six hours to go, and study the illuminating slits spilling into the darkened valley, superimposing themselves onto the leather next to me.

I follow the sun-lit tesselations—puzzles pieced together, draping over the mountains, blanketing them in beautiful umber—with my sensitive view, only to be scorched by the final flares before heading under the tunnel. The yellow lights reluctantly gloomed, so I drift to slumber a few minutes thereafter.

I awaken to a brake check, a few hours later, and realize we’ve past the range of mountains and are, in fact, in too close of proximity to summer.

For months, an opened letter has been waiting under my bed, collecting time, as well as preying on the future. Its gold embellishments lay under a thin dusting, depressed of its natural power, and the fine lines of ink have since lost their confidence.

Next to it lies a packet, physically damaged by the wrinkles it endured while en route, unsightly and illegible, a navy blue tee in prime condition, and some used-sticker trash. The letters “WJMC” were somewhere on all of them, reminding me of the commitment I had just made for my summer.

I had planned around it accordingly for eight, pain-striking months and spent them anxious and worrying about the many possibilities at the Washington Journalism and Media Conference; the dorm situations, transportation, D.C. heat, dress code attire, D.C. tourists, food reactions, no sleep, “walking shoes,” agenda, D.C. as a whole this time, etc. Too many questions from friends, too many concerns from my parents, too many texts about not being able to make plans—let’s calm down and let me finish.

Since the letter arrived merely ten months ago, my vision was of attending and participating in the conference. The idea’s a keen dream—a peculiar disguise, a premeditated problem.

Only a problem to the version of myself who surveyed the mountains and cried about what a huge mistake she had just made. To the girl who had never seen herself as something, what was she doing here?

It was a dream of hers to write, and that’s what she was there for, but my summer started in a standard dorm room with tears, unloading the jumble of textiles I stuffed half-awake, ten minutes before departure, and annotating The Glass Castle with eyeliner.

I’d forgotten to pack a pen and caused an entire meltdown of myself and my morals. The wrinkles cascaded down the backs of my suits and fronts of the shirts, my cosmetic bag plastered with shampoo, and I packed the crusty pair of Converse.

Alone, I walk to my first group meeting. I arrived late, due to my erratic inability to follow maps and the heat, and shouts of “LIME! LIME! LIME!” rerouted me to a close group I called “family” for a week.

With each strenuous day, strangers merged into friends, and the Washington Journalism and Media Conference enveloped into the magic it originally should’ve meant. I was too close to staying in Michigan, being with my cats, sleeping in.

WJMC was my summer and for 300 more. Networking with people like Brian Lamb and hearing him thank The Central Trend will forever be a highlight, or seeing myself up in front of a crowd of 300, hearing the same people who invited me acknowledging me and environmental journalism.

Thank you for giving me the most real experience in a field I have my heart set on, and to the Lime Group, we’ll see each other soon.