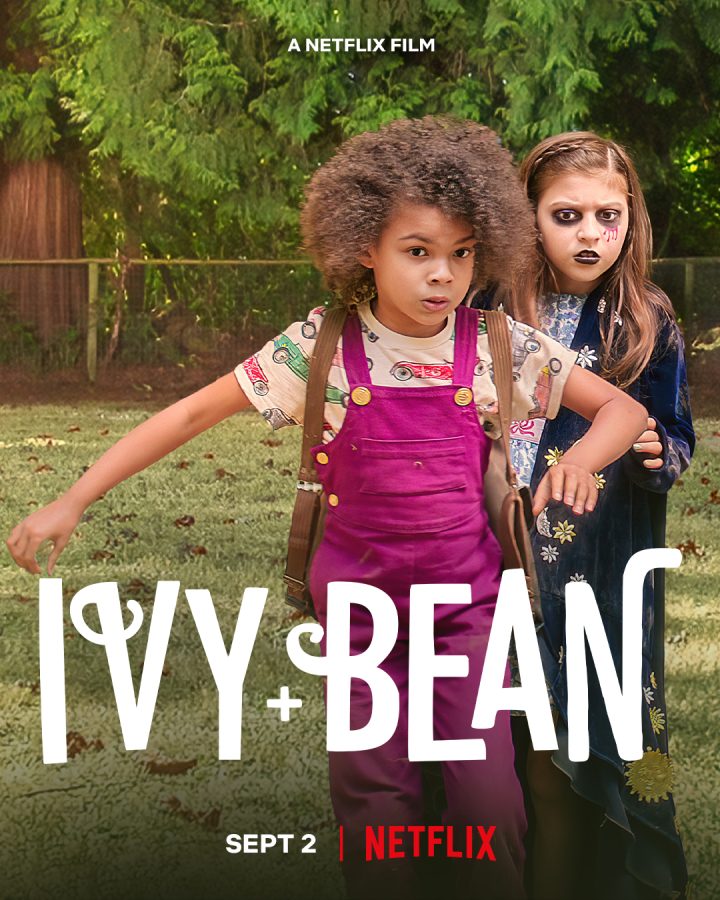 Lately, the growing insistence on creating a plan for my future has been suffocating, so, I have become infatuated with recreating feelings of carelessness and naivety a younger me once took for granted. Discovering that the Ivy and Bean book series—a collection of words that at one time made a younger me dream of being an author—now had a movie based on it fed this need for childhood joy excellently.

Prior to viewing the film, I had to acknowledge two glaringly apparent facts: I’m seventeen now, far past the target audience of the movie’s “G” rating, and no movie has ever perfectly encapsulated the magic of its book. With that being said, a stupidly large smile could still be found plastered across my face for the duration of Ivy + Bean.

In case these books don’t hold a triumphantly large place in your childhood, I’ll describe the movie as two polar opposite little girls learning they’re more alike than they thought. Ivy, played by Keslee Blalock, is a very well-put-together seven-year-old, a lover of organization, and also happens to be a witch (in training.) Bean, played by Madison Skye Validum, is a traditional tomboy, a lover of mud, and an annoying little sister. Together, the unlikely duo joins forces in casting a spell of revenge on Bean’s (infuriating) older sister Nancy.

Although I’m never too inclined to heavily critique child actresses, Blalock and Validum truly fit excellently into their roles. Since the two are very close in age to the characters they’re playing, they brought an incredibly authentic performance. It was so easy to trust that they truly felt like the make-believe scenarios they were creating were real.

As always, however, adults ruin everything. I consistently feel as though whimsical, made-for-children movies like these would do much better with a cast made entirely of child actors. The adult cast in this film simply took away from the plot and excitement of the film. I couldn’t understand why the parents and neighbors were written in as much in the movie, as they didn’t have nearly as large of roles in the books.

This shortcoming is forgivable due to how closely they followed the original plot otherwise. A genuine gasp escaped me once Ivy’s bedroom popped on screen and she explained that chalk lines split the room into designated areas: one for sleeping, one for crafts, and so on. Details like these reinforced my happiness that movies are being released for this book series.

Another aspect I thoroughly enjoyed about this film was the 2000s feel it brought to the screen. Although no movie can truly emulate the same feel that early 2000s movies once did, Ivy + Bean had the goofy directing style, odd but still somewhat realistic houses, and unique fashion that all movies from this time period once had. These details were very appreciated and added a lot to this film’s nostalgia factor.

This movie was exactly what I needed to fill a piece of nostalgia I had been craving. Whether the Ivy + Bean books were groundbreaking pieces of literature in your childhood, or this is your first time hearing of these girls, I highly recommend allowing yourself the joy of watching this film. Life is too overwhelming to deprive yourself of the peace of watching a lighthearted masterpiece.