The months of a hot air balloon 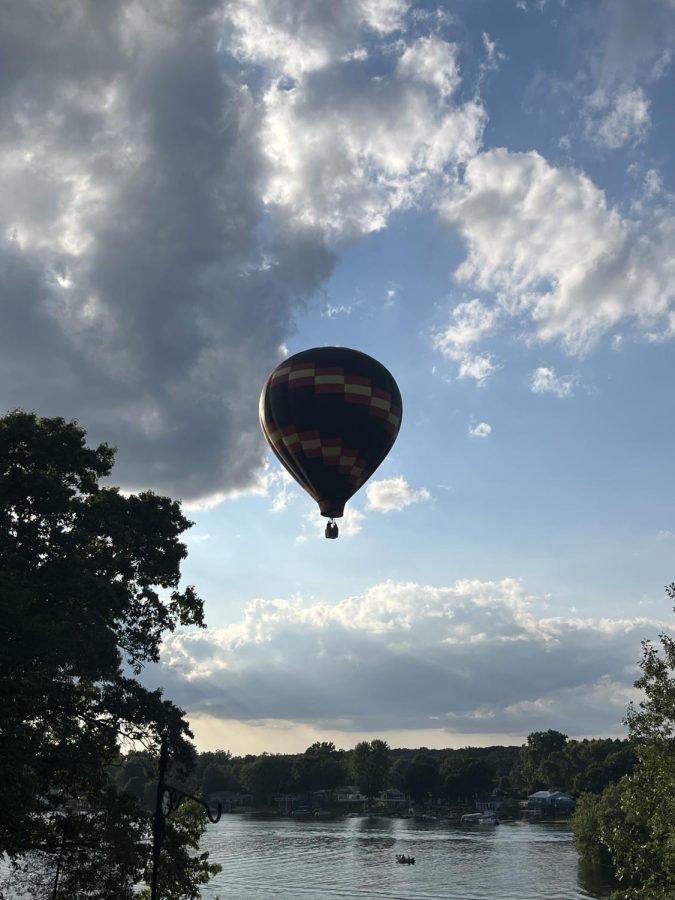 A hot air balloon flying over the lake by my house, getting insanely close to the water.

A hot air balloon floating through the sky, slowly drifting toward the water. The black, red, and yellow pattern filled my eyesight. I began to feel like an ant in my own yard. I was in awe of the sheer size.

Briefly, it overshadowed the depths of the lake before rising. The reflection in the water sucked in on itself as its size decreased. The sound of a blasting fire whirred in my ears as I watched the huge balloon become minuscule.

Suddenly, I was no longer an ant. The balloon began to feel small, and I could almost imagine I had never known its true size.

The balloon was my summer.

Before it started, I viewed it as small. I knew it would flash by. Yet when it started, it felt the opposite.

My days were repetitive. I woke up and went to the golf course. Between work, coaching, and practicing, I practically lived there. Sometimes I spent half a day or a few hours there, but occasionally I lugged around the course all day.

I had one free day in the entirety of June. My Mondays and Wednesdays were early mornings helping out with golf lessons—something I will never do again. I spent hours doing contests with the (mostly) unruly kids so they could win fruit snacks. Sundays, Tuesdays, and Fridays were always my favorites. Those were the days I would assist in coaching the PGA Junior League team that I used to compete on. Thursdays and Saturdays meant it was time for work. Thursdays were cart washing days and Saturdays were early morning tournaments.

June set the tone for my summer. It was definitely the busiest summer I have had. Rarely did I have time to spend time with the people I care about, but when I did, oh, how enjoyable it was.

My best friend and I always managed to find time in our schedules for each other. She would join me to coach, despite having never golfed and had absolutely no idea what was happening. I would go to her house after practice so we could go to the pool, or she would come to mine to go tubing and surfing.

Somewhere in the midst of the months, I went to the Barry County Fair a couple of times and took segment two of drivers training. Then, it was basically over.

Summer was still going, but my golf season had started. I quit my job to focus on golf and the remaining two weeks of summer blew by.

Aside from a team trip to Crystal Mountain, summer once again felt like how it had started: busy, monotonous, and full of time on golf courses.

And just as quickly as it started, it was gone. The balloon floated away into the sky once more. As it flew away, backlit by the sun, I forgot how big it truly was. I began to only see it as a speck in the sky; a quarter of a year gone in the glimpse of an eye.