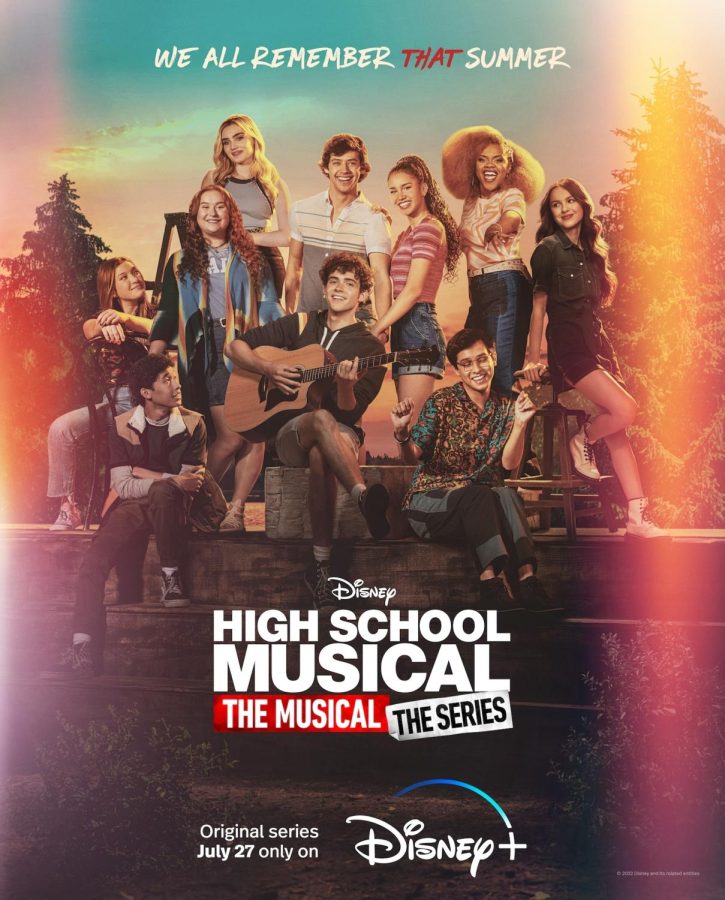 Everything from the name to the acting is a mouthful in regards to Disney+’s spin-off show: High School Musical: The Musical The Series.

I was talking to my dad about my plan for the day during breakfast and mentioned writing this review, then proceeded to say the name HSMTMTS. What followed was my dad shaking his head and apologizing for the fact that my generation got all the sequels.

Our generation gets new live-action remakes and spin-offs; some leave me flabbergasted with their stunningness such as Little Women or Hairspray. Other remakes, including this show, are utterly unnecessary. For example, we now have three seasons of HSMTMTS; it would have made more sense if each season was the characters acting out one of the original High School Musical movies, but after the first season, the show drifted into a completely different route. The show is now even more superfluous. This season followed the students of East High to summer camp where they acted out Frozen and were in a documentary for Disney+.

This adds confusion to the mix. What world are they in? What are the rules of their world? What else from our world is in their world? Why couldn’t they have stuck to the original aspect of the show and produced High School Musical 3? Yet even after all of those maddening questions, I still turned on season three of HSMTMTS.

I watched each and every episode of this show that is somehow getting a fourth season, and though I critique every aspect of it, I will be watching the coming season.

This show is painfully Disney, meaning the acting in the show is overexaggerated and—for a lack of a better word—cringy. There is a Disney mold and this spin-off fits it to a tee. Great actors are forced to over-act, thus leading to nearly unwatchable scenes, and it’s not the actors’ fault. I adore actress Sofia Wylie who portrays Gina, but I am obliged to shake my head as another inept line comes out of her mouth. It is proven time and time again that the actors paid by Disney are talented but have inadequate writers; this is shown in Shake it Up with astounding actress Zendaya and many other TV shows.

The writers assure that each character fits “the mold;” they have the main character be artistic, clumsy, and a secret star. In HSMTMTS Nini (Olivia Rodrigo) portrays the ideal Disney main character; though, in season three, she is put in the background and Disney expanded by making Gina become the It Girl. She is artistic, confident, and in a love triangle. The other preferred mold paired with Disney’s favorite trope. The entirety of the show is just trope after trope.  For example, season one and season three both involved a love triangle.

This season had a love triangle between Gina, Ej—played by Matt Cornett—and Ricky (Joshua Bassett). It was ludicrously unnecessary and unasked for. The show would be just as appealing with Gina being a single queen. Now, a skillfully applied love triangle is welcomed, but when it is done twice in one show and involves the same two male love interests, it simply shows the uncreative nature of the writers.

HSMTMTS had the potential to be an astounding spin-off, but season three demonstrated why the show must be put to a stop. The writers not only reused the plot but also completely rewrote characters who had been established since season one. Kourtney, played by Dara Renee, once was a confident icon, but they completely altered her personality, making her unknowingly anxious. Representing mental struggles is unquestionably an admirable decision, though it should have been portrayed through a character who didn’t already have an established personality. Another character who was once self-assured and boisterous now had his personality revolve around his insecurities, ones he had not previously had or were not shown to that magnitude. Again, the representation of insecurities and anxiety is a step in a better direction, but the multitude of new characters season three introduced should have portrayed these aspects of human beings. This proves just how indolent the writers are.

In fact, the writers are so shiftless that they couldn’t find an original show concept. There is a plethora of shows that follow theater or artistic students and involve a sort of competitive aspect. To name just a few, there is Glee or Victorious. It’s too late for me, the ease of turning HSMTMTS on and tuning it out managed to hook me, but save yourself and stop now. Season three was just as inessential as the original season and every other spin-off our generation is handed.