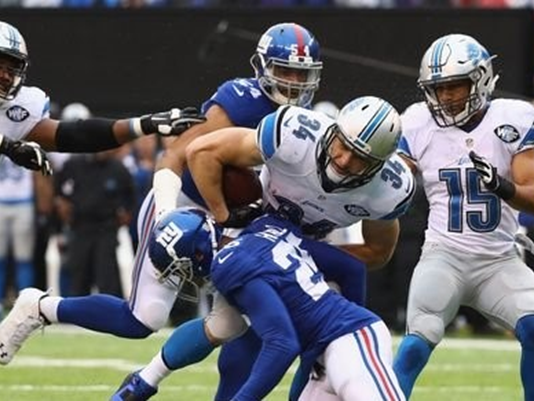 Ah, Lions fans. Welcome back. While I must admit I have a giant smile while beginning to formulate my thoughts about this weekend, I will try my best to keep myself sane and level headed throughout this piece.

Lions nation, I am not against the Lions completely. I have no hatred on a personal level, I just truly do not believe that the Detroit Lions are a playoff football team. You got your first taste of a true NFC playoff game on Sunday afternoon. In enemy territory, against a good defense, with a loud crowd and packed house, you blew it. What is going to happen three weeks from now?

Let’s be very honest here. The Lions placing second in the division to the Green Bay Packers is an unbelievably legitimate option as we speak. The Lions failing to win their first big game of the year results in a conundrum that is unfortunately inevitable. Aaron Rodgers and the Pack Attack are coming all the way back from the ground up. Granted, Sunday’s win at the Bears wasn’t as spectacular as they may have liked. But in the words of Lions fan all over Michigan, “a win’s a win”.

If we think about it, the Packers and Lions have produced some legendary end of the season match ups. It’s a legitimate possibility that the Pack go in on New Year’s Day and beat the Lions at Ford Field. If the Lions were to lose to the 12-2 Cowboys next Sunday, and finish off the regular season with a loss to the Packers, the Lions would lose their division championship spot and a potential wildcard bid. Let’s get back to Sunday. As we look at key plays, everyone goes back to Zach Zenner’s fumble. This was a pivotal turning point that gave the G-Men all of the momentum. The fumble changed the game according to most. In my eyes, this just stresses the fact that they have no running game whatsoever. The Lions have no goal line running game, making it impossible to score inside the 20 on the ground.

As we sit here today, the Lions would play the New York Giants again if the playoff pictures goes as it suggests it will. After we look at Sunday’s game, there aren’t many positives for the Lions to take away from their first match up. As I mentioned, let’s not leave out the very real possibility of the Packers raging back and taking the division at 10-6.

Lions fans, here’s what I’ll say about the entire playoff debacle that you’re about the embark upon. Matt Stafford needs to have the “game of his life” for the next three weeks. He needs to show his MVP-like performances that Lions fans are counting on. The Lions need to play the best defense they have all year, and they need to prove that they are a playoff ready football team in the their next two weeks.

Take a long, hard look at this Lions team. Are they really ready?