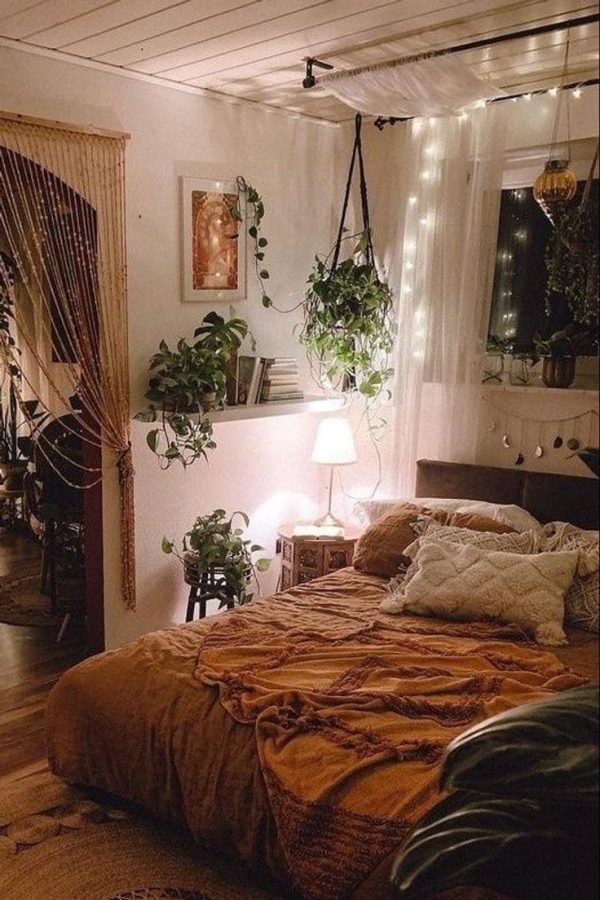 Every day, after attending school from 7:45 a.m. to 2:45 p.m., high school students across the nation enter their packed lives outside of the classroom. They meet at their clubs, they join their teammates at practice, and they clock into their jobs. Afterward, they tend to their taxing schoolwork: essays to write; math problems to work through; history chapters to read; and science labs to complete.

On top of everything else, students need to squeeze in time for sleep, which is the most important aspect of their busy days. According to the Nationwide Children’s Hospital, teenagers should be getting up to nine-and-a-half hours of sleep each night. However, the average teenager isn’t sleeping past seven hours.

To wake up refreshed and energized for a busy and exciting day, the Cleveland Clinic states that people need four to six sleep cycles—specifically six for students in order to stick to the recommended nine hours—within a 24-hour period. There are four stages in the sleep cycle that are hit within a 90-minute timeframe, each with a specific purpose.

The first five to ten minutes of falling asleep belong to the Non-Rapid Eye Movement (NREM) Stage One. This is the period of time when the brain is beginning to slow down, and people can be easily woken up during this time. The sleep progresses to NREM Stage Two, which lasts up to around 25 minutes. This stage is preparing the body for deep sleep by relaxing the muscles, along with a drop in body temperature and slower heart and breathing rates.

If students are dealing with the side effects of sleep deprivation on a daily basis, how do teachers expect them to provide their best work?”

Following the second stage is NREM Stage Three, which is more commonly known as deep sleep. This stage is most crucial for the body to heal itself, in ways such as building stronger bones and muscles, regrowing tissues, and growing strength in the immune system. This stage lasts around 20-40 minutes and grows shorter with each cycle.

Finally, the cycle concludes with REM Sleep. This stage lasts around ten minutes at first but grows longer each cycle. This is the stage when the brain is the most active, sometimes more than when someone is awake. REM Sleep is when dreams occur and are most vivid. Furthermore, the muscles become temporarily paralyzed, but the eyes are moving rapidly, hence the name of the sleeping stage.

If maintaining a consistent sleep schedule, students should be able to repeat this cycle six times and wake up rejuvenated. However, that is not at all the case. The CDC reports 72.7% of high school students claiming they are deprived of decent sleep, which can lead to side effects such as having a difficult time concentrating, noticing a lack of motivation, and struggling to stay awake throughout the day.

If students are dealing with the side effects of sleep deprivation on a daily basis, how do teachers expect them to provide their best work? Of course, it is inevitable that students will be coming home with some work to do, but there are ways that teachers can limit the amount of work given to students at home to finish on top of their extracurricular activities. The biggest and most impactful method is giving students some work time in class to finish as much work as possible before moving on to their next period. I find this the most effective and helpful to my own schedule because it frees up more time for my other commitments.

It is always easy to blame the student for not having an effective sleep schedule due to spending too much time on their phone or TV. However, that’s not always the case. The National Library of Medicine says that students spend, on average, 7.9 hours in extracurriculars per week. Adding multiple hours of schoolwork on top of that makes a lack of sleep unavoidable.

Teenagers need their rest. The little amount of sleep they are currently getting is unhealthy, and will quickly catch up to them. Perhaps teachers adjusting class time to free up more work time could pay off immensely.