Grades are more than just an measurement of good or bad on the spectrum.

Grades: they’re all something high schoolers have to deal with. Homework and assessments along with GPAs and AP classes are all factors that determine the trajectory for our future, right? Wrong. Although they’re crucial, they go far beyond the information our brains are forced to exploit everyday.

The average person completes an education equivalent to about a decade during a life expectancy of around 80. Putting this into mathematical terms, this means that school accounts for around 10% of our life, which really isn’t a large portion.

If we took this ideology of how much of our life school takes up,  I think we would be better off understanding the relationship between the grades we get and how that relates to the school system.

The school system I have always been used to goes as follows:

According to the website Leverage.edu, the most common grading systems around the world are classified into seven categories:

Because of these rankings that have been put into place, it’s hard not to think that someone is better than us simply because of the grades that we receive.

But sometimes, the grades we earn don’t always correlate with whether we are terrible or amazing at the subject. Maybe the material was not thoroughly understood, or maybe there were other tasks that needed your attention diverting your focus away from the content being learned.

I switched into one AP class, took another year of language, was in advanced math, and even joined the school newspaper all while I had just come out of doing sedentary work in my room for a year. ”

Regardless of the reason, getting a bad grade doesn’t always mean that you are “smart” or “dumb”; it could just be some of the factors that you were living under.

For example, My first year of high school in the flesh was sophomore year and the word “challenging” doesn’t even begin to describe what that year was like for me. I felt I was walking in blind.

I switched into one AP class, took another year of language, was in advanced math, and even joined the school newspaper all while I had just come out of doing sedentary work in my room for a year.

The first semester ended up being one of the most academically strongest of my life. I learned how to take constructive criticism, exert myself, and adapt quickly and efficiently. But most importantly I made friends in a short amount of time.

The second semester, however, couldn’t have gone any worse than I could have imagined. It was a new year but felt like a different school year because of how my academic performance changed. At first, it was effortless, but then I started to circuit out of control.

I couldn’t ask the right questions, assessments were no longer comprehendible, and then the week of exams crept upon me out of nowhere. My worst subject was Chemistry; at that point in my life, I actually thought that my high school career was over.

What do grades look like on a worldwide scale 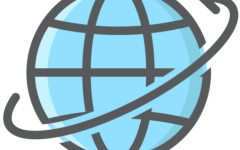 What do grading systems look like on a worldwide scale?

Five months later, here I am in my junior year of high school doing even better in an AP science class.

Aside from all the disarray and incompetence that came with sophomore year, if there’s anything I’ve gained from my experience with it, it would be that there’s other elements to consider when looking at the grand scheme of things; one of the main aspects is understanding how we learn.

For example, I’m a visual learner and I learn best through lots of pictures, graphs and practice problems. But because we’re all so unique in terms of how our brains are hardwired to think, what works for me may not always work for others.

Although the three main types of intelligences are what we know as visual, auditory and kinesthetic, Harvard psychologist Howard Gardner classifies this into nine types:

After considering the different types of learning systems along with how diverse grading scales can be, my hope is that you can understand that sometimes when we don’t get the outcome we hope for, it’s not always one problem that is the root factor, it could just be the approach you used to solve the issue.