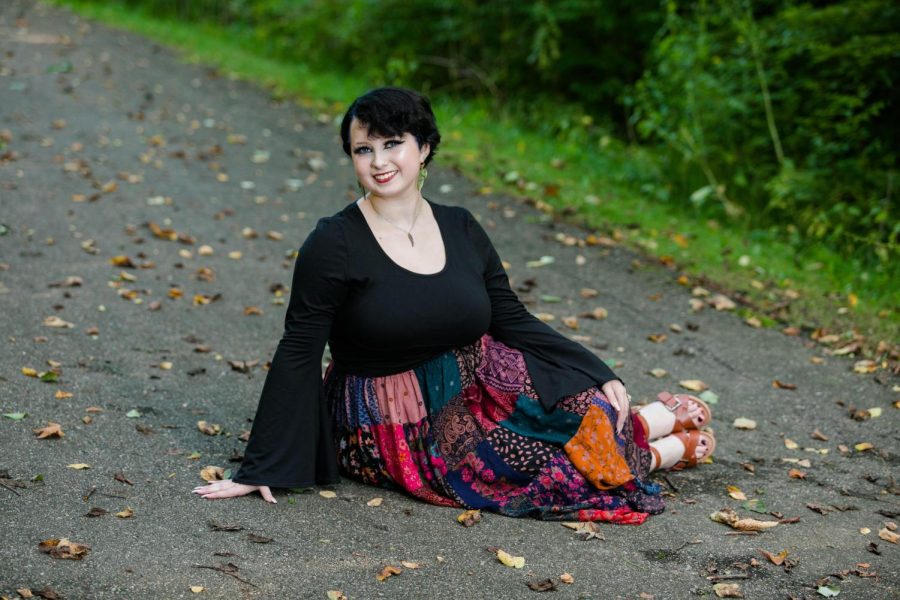 “I think a major part of my love for the play is the friends and family I have made so far. I have never had such a fun and positive experience with such a diverse group. Plus, now we all have amazing jokes and memories.”

“Honestly, [on] the day of auditions, I was planning on crossing out my name on the sheet. I don’t know for sure why, but two of my EMT instructors at KCTC convinced me that I would be a perfect Mrs. Peacock. I think that really influenced me to just try, even though I was near positive I wouldn’t get the part.”

“Some parts, yes, some parts, no. I love her quirky attributes and dramatic personality. It definitely is one of my favorite parts of the play, whenever I get to scream and throw myself around wildly. There are just certain things like how she acts towards people of a lower social class than her that I don’t resonate with.”

What’s your character when you play Clue?

“In the most non-ironic way, it is almost always Peacock for a multitude of reasons. Some being that I love that color blue and in the movie Clue, Mrs. Peacock is played by Eileen Brennan, and I adore her, as well as her portrayal of the character. Always have since I first saw the movie.”

“I always have my hair done before I go, because I feel it’s just easier before you get in the dressing room. When I start driving to practice, I always listen to my Clue playlist on Spotify with songs like “Sh-boom and Shake,” “Rattle, and Roll” so that I can slip into that old woman mindset/persona. After I get to practice, later in the dressing room, all the girls and I start on our makeup and costumes while singing random Nicki Minaj songs.”

“If I am being 100% transparent, I rarely get fast food because I am so busy all the time and simultaneously broke. I love dill pickles though. I don’t know if that counts, but I would give my left arm for a pickle at almost any given time to be honest.”

“Ok, I know this is a heated debate, however, I personally think it is never too early to listen to Christmas songs.  You can 99% of the time catch me listening to Christmas music in the middle of the summer while sitting on the beach. I think it may be a bit of a problem, but I don’t care enough to change it.”