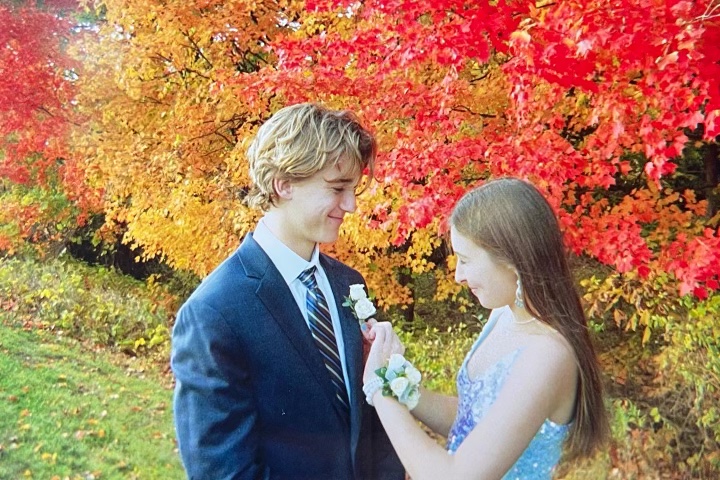 Who are you dating?

How long have you been together and when did you meet?

“We’ve been together for four months, and [we officially met] in June. We hung out and I took her to get ice cream at Frosty Boy, and then we went and talked at the park, but then it turns out she doesn’t like ice cream so I guess I took her to the wrong spot.”

How do you think being in a relationship has affected your high school experience?

“It’s made it better because I have someone to talk to when things get bad, but also more time for a lot of other stuff. Before I had a lot of free time, but now, I have to accommodate someone else.”

Has your perspective on dating changed since the beginning of your relationship?

“Yes, a lot. [Before] I thought that [when you’re] dating [someone] you don’t see them very much and you would see them maybe once a week, but it has changed to where you want to spend time with them almost every single day if you can.”