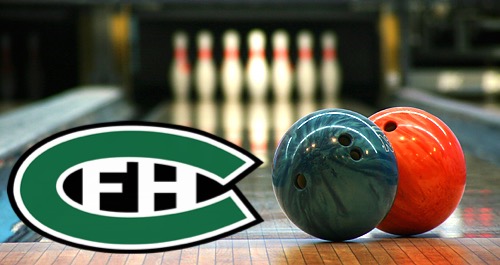 With her team down one game, senior Hailey Beaufait took over and gave the Rangers a score of 191.

FHC girls varsity bowling improved to 2-2 by defeating their rival FHN in a competitive match on Wednesday night. The two teams went back and forth as FHN won the first and third games, and FHC won the second and fourth. FHC was trailing, but the Rangers exploded when Hailey stepped up to the lane. FHC beat FHN in the final game 723-645.

“The girls seem to work well together,” coach Grant Vermeer said. “They get along and help each other out. We have a lot of team unity. If I have to pull somebody out and put someone else in it’s a smooth transition.”

The third game was a battle. The lead changed hands every time a new bowler stepped up to the strike. FHC took the lead 507-491 after senior Emma Seeber hit one of her many strikes. Later in the game, junior Alexis Ghareeb nailed back to back strikes to make the score 603-598 in FHC’s favor. Although FHC showed promise, FHN would come back to win the third game 631-623.

“We need to work on hitting the 10 and 7 pins,” senior Maddie Junkunc said. “Those are the two hardest pins to hit by themselves, so that will be important.”

Vermeer also thinks that they can improve on hitting down pins for spares.

“We need to work on being consistent,”  he said. “We need to cover some of our spares, and we didn’t today. We should be able to hit those every single time.”

Vermeer had high praise for his opponent after the match had ended.

“Northern was pretty consistent,” Vermeer said. “They’re a good team, and it was a tough match. We lost our first game pretty badly. We came back, and Hailey shot a 191. This really helped our total and helped put us over the top. It was a really well fought match.”