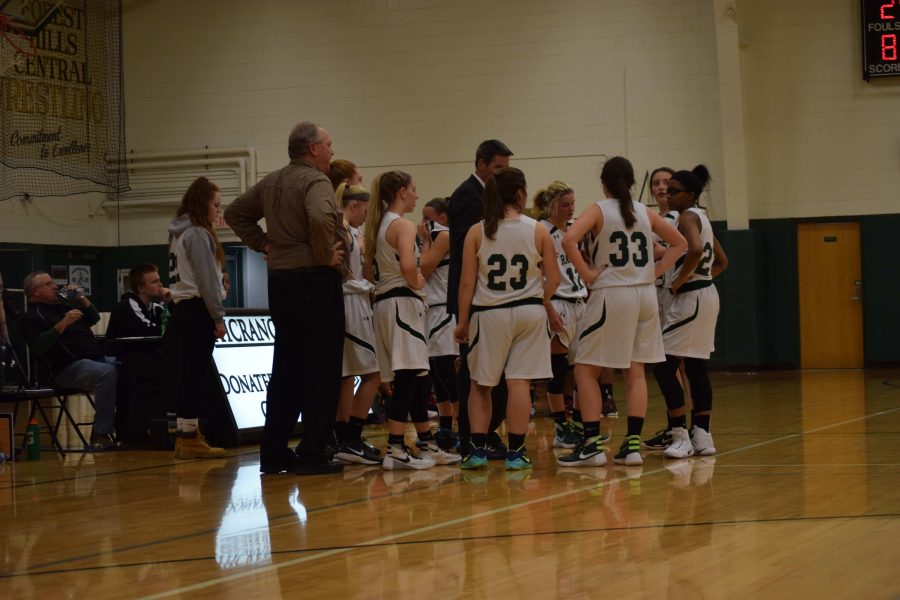 There is one clear phrase to summarize this game: a game of runs.

The first half was a blowout in favor of FHC. The score stood at 18-8 at the beginning of the third quarter. However, FHN began to chip at the lead coming out of the half. By the end of the third quarter, FHN had gone on a 9-4 run to cut the lead in half. The game now stood at 22-17 entering the fourth. FHC’s head coach Brandon Yoder saw the run coming.

“We talked at halftime,” Yoder said. “We knew they were going to come out strong and that they were going to make a run. We needed to step up our intensity, and I don’t think we did that. We were able to compose ourselves and just get back to playing basketball the way we know how.”

FHC was able to compose themselves for the fourth quarter. In the fourth, they stretched their lead to ten yet again. During a late run,  FHC was able to get multiple players involved. They were active on defense leading to run outs, fouls, and free throws. Freshman Hannah Becker was extremely active defensively and finished with two points. Freshman Erin Jenkins was also extremely effective late in the game. She was active on the offensive end and managed to get to the free throw line often.

However, the biggest scorer of the night was Allison Ringler. She had thirteen in the the first half and four more in the second. Her coach was very impressed with her performance.

“Allison did a fantastic job of handling the ball and taking advantage of what the defense gave her,” Yoder said. “When we ran pick and rolls, she was able to take advantage and get open shots. We had a couple plays that we run specifically for our point guard that she was able to capitalize on. Quite frankly, she just made some great shots.”

Even though there were deficiencies that Yoder noticed, he loved the way his team played. He was happy with the way they played on the defensive end and thinks it is the best skill his team possesses. He knows his team is improving, and he wants to see more improvement going forward.

“If the girls keep getting better and better then I’m going to be happy at the end of the day,” Yoder said. “It’s all about development and getting better as a player and a team.”