Former exchange student Anna Broggi adjusts back to life in Italy after a year at FHC. 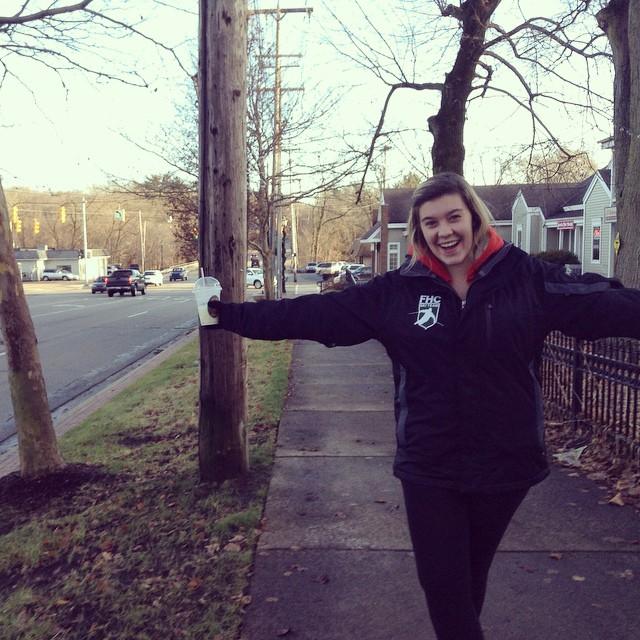 Anna Broggi during her time in Grand Rapids.

Being 4,627 miles away from friends and people you’ve grown close to is not something that is easily overcome, but Anna Broggi, a former foreign exchange student from Italy, is fighting this struggle on a daily basis.  Now, she is living a double life: American and Italian. While she was a student at FHC last year, Broggi received a lot more than she expected. She gained friends and experiences, but most importantly she gained a family: the FHC family.

Back in Italy, Broggi is striving to keep in touch with her friends she met at FHC during her stay, but it is proving to be more problematic than she thought.

“Obviously there is the time difference, so if I want to have a real conversation with someone, I have to stay up until like 2am my time,” Broggi said. “Then there’s the fact that international texts and calls are way too expensive. However, I’ve been able to keep in touch through Snapchat and WhatsApp. There is also Skype, which is the best invention ever. Staying in touch is not super easy, but it is definitely doable.”

Broggi went on to confess that trying to maintain relationships is not the only thing that are causing glitches in her life.

“It is difficult to explain what it is like being home,” Broggi said. “The first month was definitely the hardest because I found myself being in a place I didn’t want to be; a place I wasn’t used to anymore. In my family there are different rules; different dynamics from the ones I had become used to in America.”

Broggi grew so accustomed to the United States that Italy lost its sense of home for her, and America gained it. She began longing for everyone that had an impact on her stay.

“Leaving was definitely a lot harder than I thought it would be,” Broggi said. “In fact, if I knew that it would have been so hard, I am not sure that I would have left Italy in the first place. For the first month and a half I found myself grieving for everyone that I had left in the States. I felt like a fish out of water.”

Broggi still has a hard time with the change of environment and the social aspect of everything back in Italy. When it comes to her friends, there is a struggle of trying to reconnect with everyone.

“Throughout my year I was always in touch with one of my closest friends, and therefore it wasn’t too difficult getting back into things with her,” Broggi said. “But with the others, mainly from school, it is hard. The thing is that they’ve changed together as a class, and I lived my personal experience miles and miles away.”

Even with Broggi’s immense struggle of trying to get used of being home, she would do it again in a heartbeat. She grew and changed a lot during this trip. People around her see a difference between the girl who left Italy, and the one who came back from America.

“Through this experience I was trying to become self-confident and independent,” Broggi said. “I am happy to be able to say that I am more self-confident than when I left, and I really feel more mature and independent. All the people that really know me, here in Italy, have noticed the change; they say I even hold myself up straighter, and I am not hiding from things.”

Being back in Italy has opened Broggi’s eyes on her whole experience in America. It continues to reveal to her how much she enjoyed it, and how much the journey meant to her.

“I miss my family and my friends there, and, maybe it sounds weird, but I miss myself; the girl I was in the U.S. and the life I had there,” Broggi said. “I miss the whole experience.”