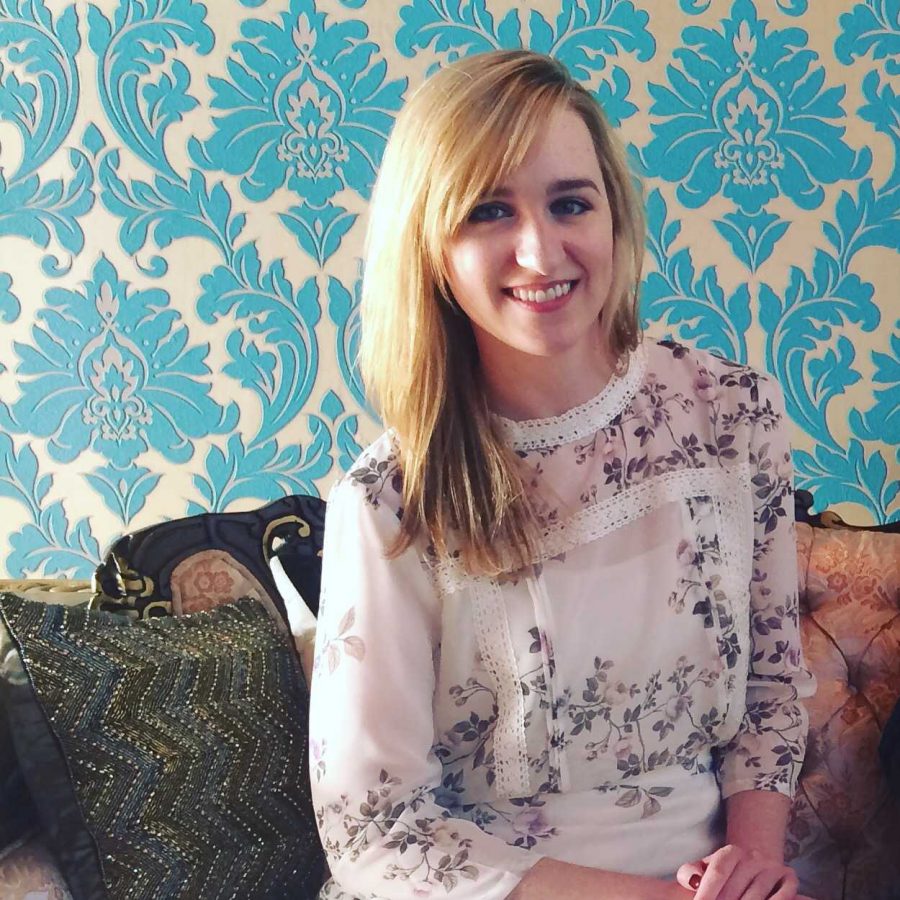 When you have an idea, go for it.

Vanessa Gore graduated from FHC in 2009, and since then has worked her way up to co-founding her business, Soletics, with her partners Michael Kurley and Lindsay Noonan. She began her journey after FHC by attending Grand Valley State University and taking entrepreneurship classes to prepare herself for a future in the business field.

Well aware of what a future in business would hold, Vanessa grew weary of the typical classroom setting. It became evident that her professor understood her boredom because later, they gave her the opportunity to work in a real-life space. She was assigned a group with two other people and they were given two minutes to come up with a new idea centered around clean energy. Her partner Lindsay was set on the idea of a solar powered running shirt to help athletes train through the winter months. But this was immediately met with a unanimous agreement between Vanessa and Michael that this was, in fact, a bad idea.

The idea was that the shirt would heat up specific parts of the body to prevent injury, and to keep the athlete warm without the need for bulky layers of clothing. But as it turned out, you will need to continue to purchase your bulky clothes, because the technology and market is simply unavailable to be able to sufficiently market the product.

“We quickly learned that no one wanted to wear a solar panel on their back while running,” Vanessa said, “and solar energy is not powerful enough to create that much heat.”

After learning that this was market that does not make a large profit, their heads turned to another product notorious for being overly bulky: ski jackets. With some research, they found that studies showed the core is the first to be heated when the body is cold, and truly, it is the extremities that are heat deprived. Thus, the Soletics ski glove was pitched.

After pitching the product, many people began to come forward with their struggles with Raynaud’s Syndrome to the Soletics Team.

Now that the product and the market was in place new issues arose, there had to be a sufficient amount of fundraising and engineering to create a product to put out on the market.

“Fundraising has been an iterative process,” Michael said. “Initially it started off with winning competitions and reinvesting those funds into the company and product development. Once we got to a point where it made sense, we engaged with friends and family to help fund some of the company. After that, we received strategic investment in the form of a convertible note from our manufacturing partner and another seed investment from a group of four angel investors. It’s all been networking and talking to people.”

As the funding increases, so did the technology, and on the week of January 2, 2017, the beta product was distributed. The gloves will be sent to “testers” for one month and will give feedback as to how the gloves will be used and perform in real life situations.

The National Raynaud’s Association and the Scleroderma Foundation with help test the product and market them.

When the product goes full scale in fall of 2017, Soletics has partnered with the National Raynaud’s Association and the Scleroderma Foundation; however, the product is sold directly on Soletics’ website. As most of their customers spend time on online and in discussion forums, they have devised a plan to be able to reach them as well.

“FHC prepared me for college in ways that many other schools fall short,” Vanessa said. “For the first two years of college, my peers were amazed at what I already knew and that I could write a decent paper in twenty minutes and still get an A. Being ahead of the game allowed me the freedom to work on projects outside of class, like Soletics. Amazingly enough, four years later, this ‘project’ has turned into a very real company on the cusp of its first sale.”