Finding My Way Back 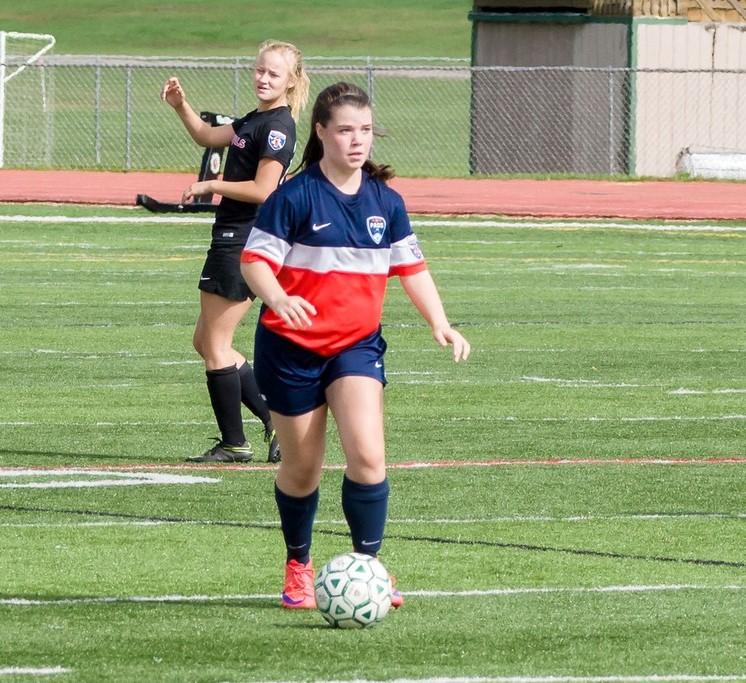 I felt a pop, and I knew something wasn’t right. I’ve always been able to walk it off. I’ve never had to go off the field injured. I’ve played for 10 years. This time was different.

I was in Fort Wayne, Indiana at yet another soccer college showcase in our second game of the wacky weekend. A ball was blasted my way and I went to stop the girl I had been battling all game from getting the ball before me. I received the ball and passed it to a teammate. Before I knew it, she kicked my foot underneath itself. I tore a ligament and sprained my ankle.

I tried to stand but stumbled down. I tried again: no luck. I tried one last time, and I cried out in pain. My coach didn’t know how to respond to this. I’ve never cried on or off the field around him. That’s when he knew it wasn’t good.

I hobbled off the field with the help of a teammate and sat on the bench. As soon as I took off my cleat, my ankle started swelling to the size of a grapefruit. For the rest of the game, my number one job was to keep the Insta-Kool ice pack resting on me.

The next day, back in Grand Rapids, I went and had my ankle inspected. The results came back, and I was devastated. I was worried this would impact things for the future, as I had been talking with multiple colleges about playing soccer for them once I left high school. Although you might think, “It was just a sprain; it’ll heal quick,” it wouldn’t. Because I tore a ligament as well, it was going to be a lengthy recovery. The recovery process lasted a dreadful 10 weeks.

In the spring, I somehow ended up at my high school’s rowing practices. This was the only different sport I have ever played since I started soccer at six years old. It was new and intriguing. This became my life for the next two and half months. During this time period, I had no involvement with soccer. If I even heard the word, I flinched, reminding me of the event that separated me from my love, my escape.

In June, I had to decide if I wanted to try out for club soccer again or participate in summer crew season. If I was asked in the past fall which to choose, I would’ve laughed in your face and told you soccer was the no-brainer answer. This time, I battled with decision for a few weeks.

I chose to go to soccer tryouts and just see what would happen, not expecting anything. I made my past year’s team again and we jumped into practices instantly. Things were moving incredibly fast. We had our first tournament after our first week of practices. This brought back so many emotions, both good and bad.

The tournament went well and practices resumed after. I will never be as happy as I am when I am with my teammates kicking a ball around; nothing can top it. The bond between teammates is indescribable and unimaginable.

Looking back at all the practices, all the games, all the tournaments, all the team dinners and hotel shenanigans we played, I am truly and unconditionally thankful for the game of soccer. I realize why I had started this crazy, mind boggling sport. It’s my outlet, my release, and my safe place.