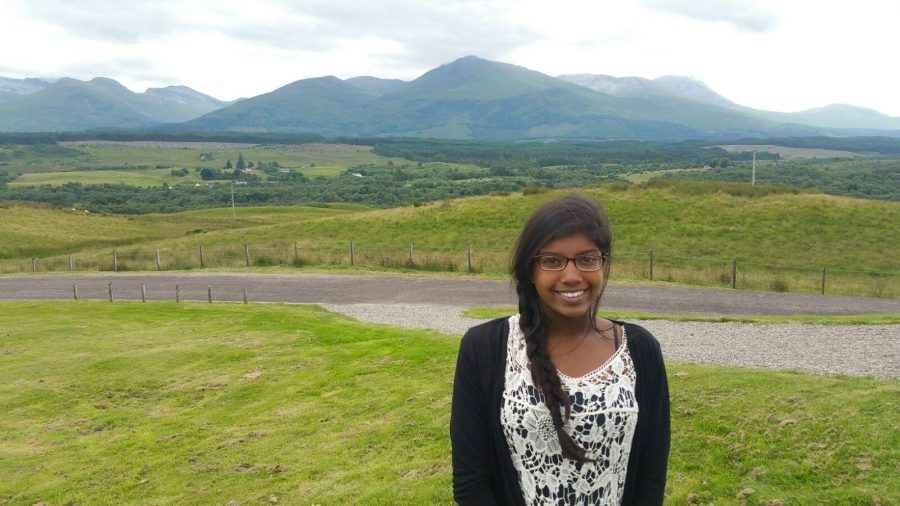 “Nisha is an amazing, special person, and you’re very lucky to have her at your school,” said Bella Moss, one of Nisha’s old classmates from England.

FHC is learning just what that means as Nisha Rajakrishna adapts into the daily life. She joined us in the beginning of January, making an impact with her bright smile and sweet laugh. She seemed perfectly at ease in the new surrounding.

Nisha was originally born in Naperville, Illinois; however, her family quickly moved to the Grand Rapids area when she was just a toddler. She started elementary school in the United States until fourth grade, when her family made a big move halfway across the world to China. In China, Nisha went to an American school, so she was still learning the typical things an FHC kid would be, just in an entirely different environment. However, Nisha and her family didn’t stay there for long.

Just three years later her family moved back to the States where they landed in Tampa, Florida. But this move wasn’t quite so new. Nisha’s friend, Jack Touchton, whom she went to school with in China, coincidentally moved to Tampa around the same time as Nisha.

“He was so nice and helped me out about the area,” said Nisha. “It was nice to know someone because the place was so new.”

Although it has been a few years since Nisha lived in Florida with Jack, they still talk everyday and Jack laughs at the memories of their playful arguing and her whit.

“Any conversations we have with each other are always entertaining because she always finds a way to make me look stupid without making me angry,” Jack said.

After just a year in Florida, Nisha’s family moved all the way across the pond to Cheltenham, England, a town just outside of Oxford. There she attended another new school with more new faces and again, she made some incredible friendships. On her first day, she made three friends right of the bat, each of them also being a new student from Kenya, Australia, and just down the road from their school in England. She also met Pollyanna Harris, who instantly became best friends with Nisha as they bonded over giggles in their science class.

All too soon, Nisha’s family made another big move, landing her in Grand Rapids. She has made her way to FHC, where she is slowly making friends and getting accustomed to yet another new life. These moves have been challenges, but Nisha looks at each with optimism. She may be done moving, as she plans on finishing out high school here and staying in Michigan for college. She likes it here, she started here, and she wants to finish here. FHC is helping her make that decision.

“I’m loving it” Nisha said. “[The] people are so nice and friendly, and it’s been mostly easy to adjust to [new] things.”