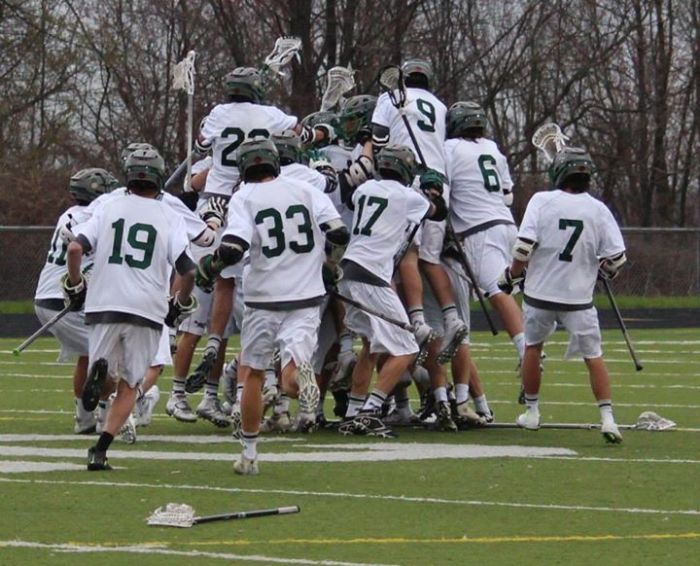 In 2007, when the demand to play lacrosse became too much for one team in the Forest Hills district, FHC and FHNE went their separate ways, diverging into two highly competitive programs. Over the past ten years, winning has been a tradition instilled into the FHC lacrosse program. After Jake Seiler stepped down as head coach following his championship run during his 2016 campaign, the FHC lacrosse community welcomes a new leader into their prestigious program.

Entering the 2017 season, the FHC lacrosse community will be backing the recently hired Patrick Clay. Although Clay does not have formal coaching experience at the high school level, he has proved worthy through his many years of assisting. With high expectations surrounding this year’s team, Clay will look to make a big impact and lead the 2017 team in the quest of being back-to-back state champions.

“The expectations have always been a state championship,” Clay said. “I think the season should go fairly smoothly. We have a large group of returning players.”

One key returning player is junior Bryce Clay, coach Clay’s son. Last year, Bryce broke the record for goals scored in a single season and looks to increase his production and make his impact felt more this season.

“Ultimately, I want to be a part of another state championship team,” said Bryce who has started on varsity since his freshman year. “With the guys we have, I think this is definitely possible.”

Clay is looking forward to experiencing the season by his son’s side.

“I have coached him in the past, and we both enjoyed the process,” said Clay who is only the third head coach since the program split from the other Forest Hills schools. “I’m excited to coach him at the high school level.”

“Coach Clay has been around us since some of us started playing,” he said. “He already knows how we play, so that’s a big positive.”

Clay hopes to instill a winning attitude into his team from the get-go. Mottos such as Win Every Day and Full T.I.L.T have been mantras of the past, and Clay plans on carrying on the tradition of excellence in the future.

¨I want them to be great off the field as well,¨ he said. ¨The players represent not only the lacrosse program but FHC as well. I want them to be known for being fierce competitors, always outworking their opponents.¨

Now being only the third head coach to lead FHC, Clay stands in good company. Tony Quinn, who coached from 2007-14 won numerous awards, ranging from Coach of the Year to Man of the Year in US Lacrosse. Most recent coach Jake Seiler was most well known for bring home a state championship trophy to FHC. Clay, being third in line, looks to bring home more hardware to FHC and keep the ways of winning alive.

With four players already committed to play Division One lacrosse, the Rangers veteran-heavy roster is poised for greatness.

“Our expectations for this year are just as high as they were last year,” Jake said. “We only graduated two starters, and our goal to bring home the title remains the same.”