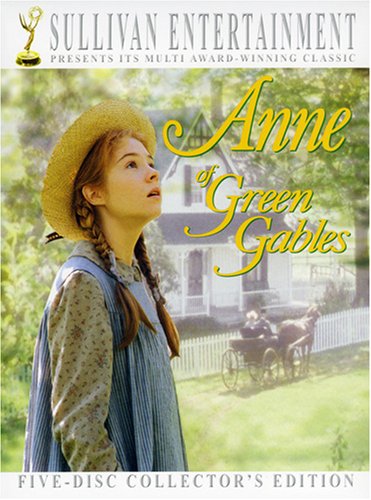 “It can’t possibly hurt to try.”

This is the motto that theatre teacher Robbin Demeester has desperately attempted to instill in the 1,291 students roaming the hallways, each individual brimming with raw talent and a surplus of unused potential.

This upcoming Tuesday at 3, she is graciously extending everyone the opportunity to tap into that goldmine of hidden talent by simply paying a visit to the auditorium and auditioning for FHC’s upcoming fall play, Anne of Green Gables. Don’t let the simplicity of the name fool you; The production itself is actually based on a series of novels written by L.M. Montgomery, and it revolves around the exhilarating adventures of 11-year-old orphan Anne Shirley. Without giving anything away, the production focuses on how she was actually adopted by mistake. They thought they were getting a boy and- surprise!- they were instead handed over a talkative, inventive little girl bursting with both energy and ideas.

While Robin Demeester admits that any actress auditioning for this demanding role will have some pretty big shoes to fill, it is anything but impossible.

“I think, if anything, it will be more difficult for the actress I cast to get a grasp of the many nuisances of Anne,” Demeester explained. “She is a very strong willed and determined character; one who refuses to give into defeat. So naturally, the actress must showcase a strong personality. I am going to be looking for someone who has the ability to embody confidence.”

But don’t let this scare you off. There is a little bit of Anne tucked away in everybody; it is just up to you to find her and pull her out. But maybe you’re really not an Anne. Maybe you’ve got a kindred spirit and would perfectly embody the character of Matthew Cuthbert, someone who is always present to offer Anne his sympathy and support. Maybe you’ve got more of an agreeable personality and perfectly understand the importance of both love and friendship; in that case… you’d make a superb Diana Barry.

The point is, there is a part of everybody. This production emphasizes a much larger cast than previous productions, so it will be much easier to get some fresh faces up on the stage and allow them to show off what they’ve got.

All you have to do is shake off those nerves this Tuesday and let your talent speak for itself. The audition takes on a more relaxed, low pressure atmosphere. You are going to be expected to participate in a few entertaining improv games, and then everyone will proceed to do a cold read. This means that you are not required to come with anything memorized nor are you expected to be familiar with the play. You simply read a couple of lines out loud with a group of other people. How hard can that possibly be?

Demeester acknowledges this is an opportunity you should not let slip through your fingers. As was previously stated, all you have to do is try. And if you can’t even say you did that, you’re going to regret it later on.

“It’s just  going to be a really fun, lively show with a great cast,”  Deemster said, in a matter-of-fact tone. “ Personally, I  really enjoy the play because it has a lot of peaks and valleys thrown in throughout the plot that will captivate the audience and keep them interested.”

It’s set during the time periods of the early 1900’s, so the costumes will be obviously really fun. Anne of Green Gables is simply a feelgood play that people will walk away from feeling nothing satisfied and happy.Even though the play does have its downsides, you have this girl present that you are always rooting for. “