The domino effect of getting sick 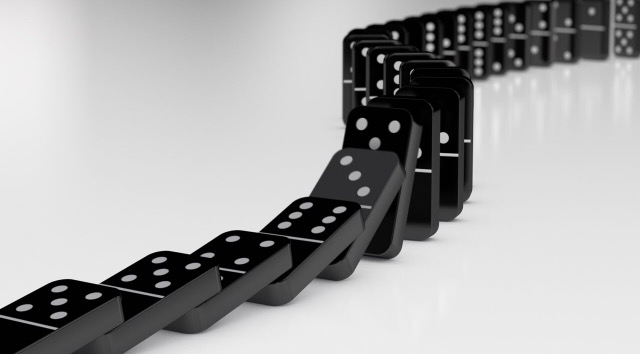 It starts out small; you barely notice it. Maybe a sniff here, a cough there, but really, it’s nothing major. Eventually, you wake up, your throat hurts; it’s bad, but it’s not nearly bad enough to skip school. Then, everything hits all at once, maybe it was because you stayed up too late the night before, or maybe it’s because you didn’t drink enough water, but now, you’re sick. Your throat is on fire, you can’t breathe through your nose, and your body begins to ache to no end. Going to school is now a mere distant thought in the back of your brain, which in fact happens to be pounding.

If you thought that getting a cold would be the worst of it, you were wrong. Because as soon as you become comfortable managing your cold symptoms, your body decides to take it to the next level: a fever.

But, if you thought just being sick was the worst of it all, you are unfortunately mistaken, there are bigger issues at hand: work. Whether it’s school work or paid work, everyone has a job and if you get sick, you get behind and are unable to do it. The work continues to pile on, and you are still unable to complete it. The stress begins to build as the work does because although they give you time to finish the work, you feel like imminent death is at hand, and if you can’t seem to lift your head off your pillow, you certainly can’t tackle hours of work. Though, as you begin to feel better and you get on top of the workload, it’s the best feeling in the world, and nothing can beat it.

While being ill and feeling sick can be terrible and feel like the world is ending, there is always the triumphant healthy light at the end of the tunnel. Remember to be thankful for modern day medicines that boost your immune system, because for some people, the cold you endured this week, could’ve been their last.