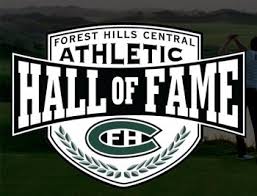 It’s been twelve years since the Ranger girls soccer team has ended the season with state championship rings. Only memories remain for the team and their former coach Clark Udell. Udell, FHC’s current athletic director, knows what it’s like to be a part of a successful program.

Banners hang behind the baskets the Ranger gymnasium marking years of glory and hard work. Success in sports has been a trademark of FHC since it opened up in the sixties. Individuals and teams are starting to earn the recognition that they deserve.

Udell is looking forward to the event, which he runs along with the Hall of Fame committee. He has spent an ample amount of time around FHC sports, which has given him opportunities to form personal connections with a lot of the inductees.

“I’ve spent a lot of time around all but one of these inductees,” Udell said. “This class is diverse in sports, and they all are really deserving of the honor.”

The diverseness is something that differentiates this group of inductees from any other. There are coaches, teams, and players, all of which are of equal importance to Ranger athletics, and the success it has had in the past 50+ years.

“There are multiple sports and roles,” Udell said. “The hall of fame is new. We’re pulling from a lot of different sides. I think it speaks to the quality of athletes, individuals, and the community as a whole. It shows what kind of people the Forest Hills Central community produces, and it’s kind of a celebration of that too.”

Other than spending time around these inductees and their friends, Udell has spent time around the two teams being inducted as their coach. Udell led both the 2004 boys soccer team and 2005 girls soccer team to state championships. Udell, who graduated from FHC in 1985, now has two sons wearing the green and white themselves. This induction means a lot to him and his family, and he believes his team has earned the recognition they deserve.

“It’s an incredible honor,” Udell said. “Not only were they state championship teams, but they were a really special group of athletes. They cared about each other, played for each other, and weren’t selfish. They had goals and worked really hard to achieve them.”

“Three athletic boosters were looking for a fundraising event around the same time that the Hall of Fame was looking for their event,” Udell said. “We’ve been able to kill two birds with one stone by merging the two into one event. It provides an opportunity for people to get together and enjoy good company while raising money. It’s capped off with the induction dinner after, so we are able to make a full day of it.”