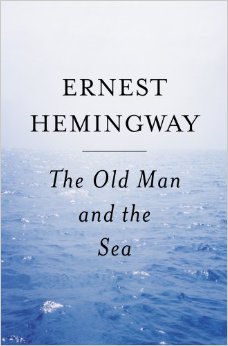 A book dreaded by many, anticipated by some, and respected by others, The Old Man and the Sea, by Ernest Hemingway, is a book that tells of many ideals: determination, persistence, and the cruelty of life among other things. This book provides examples of the often unfair reality of life and shows the depressing reality that sometimes, no matter how hard you try, there are things that will always be out of reach.

The book centers around the fisherman Santiago, who has not caught a fish in 84 days and is determined to finally catch one. He is the laughingstock of the other fisherman, and the only one who seems to respect him is the young boy by the name of Manolin. Manolin is also teased for fishing with an old man who “lives in the past” and hasn’t caught a fish in so long, but he doesn’t let that get to him. Santiago acts as a sort of mentor and father figure to Manolin, talking with him about baseball, fishing, and life. Manolin provides Santiago with a sense of hope and youth, and lets him experience his younger, more adventurous years again.

After finally becoming fed up with his situation, Santiago heads out into the sea determined to catch a fish. He goes out much farther than normal and ends up hooking a marlin – a marlin that pulls him for two days and two nights. Santiago puts everything he has into catching this fish and even says that he will die if it means catching it – he is fully determined to take the fish to his grave with him, as he finds it a worthy opponent.

Eventually proving victorious, Santiago manages to harpoon the fish and bring it on board. 18 feet long and weighing 1500 pounds, the fish is massive and Santiago’s hard work and effort paid off. However, sharks quickly start circling and devour the fish, leaving only a skeleton. Santiago blames himself, saying that he went too far, but his lost opportunity seems to have been stolen away by life. All that Santiago wanted was to finally catch a fish; if he was able to get the fish back as a whole, he would’ve made lots of money in the market, but the sharks stole that opportunity from him.

This situation highlights how life can be unfair, no matter how hard you work or how often you try. There are some things that can never come to be, and some things that can’t be. It may even seem like a curse or that some divine power is working against you, and that nothing can possibly go right. Times like these can seem unfair and wrong, and it may feel like there is absolutely nothing you can do to make a difference. Part of life is being able to accept that there are some things out of your reach, and you have to get through that.

Santiago took a risk and went farther out than he should’ve, and it didn’t pay off. It serves as a somber warning of taking risks, because the outcome is often very unpredictable. However, his risk wasn’t without some reward; Santiago fought a worthy battle with the fish and he defended it with everything he had. Through nothing but the fish’s skeleton and memories, Santiago won’t easily forget the great marlin. This crosses over into life, as there is surely reward to risks. Even if the risk ends up backfiring and feeling unfair, there’s almost always an upside – it may just require a closer look.