FHC Crew looks to have a dominant season 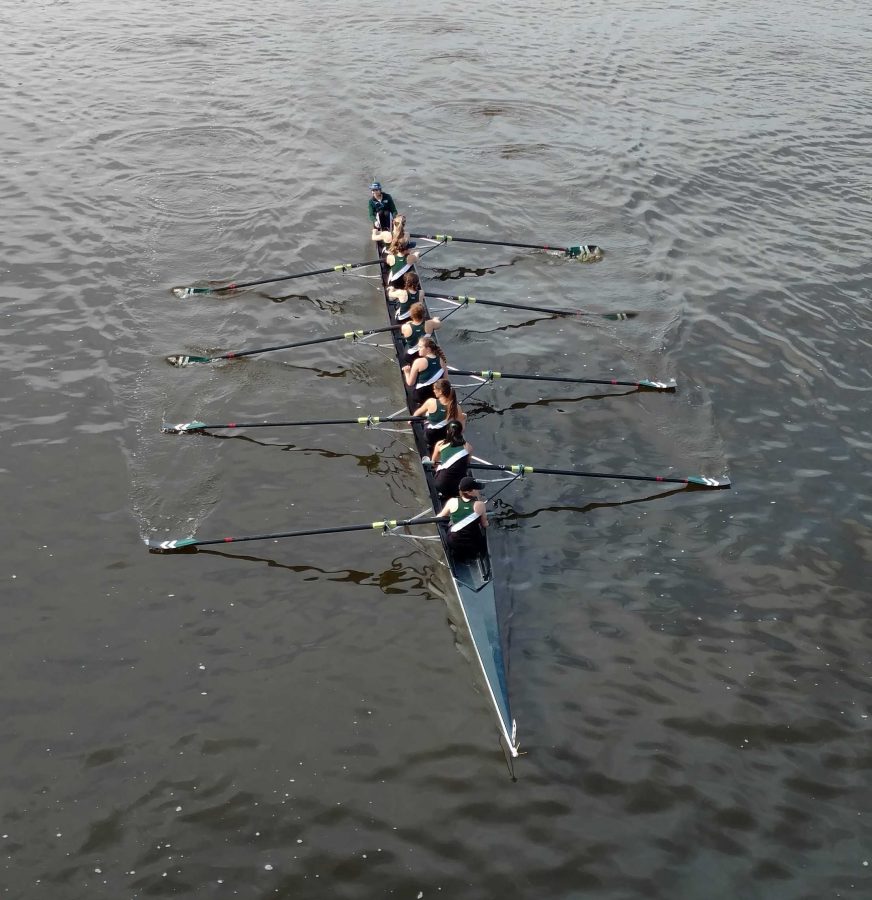 FHC Crew has always been one of the best teams in the state. In 2016, they were able to place two boats in the national championship regatta. Not only that, but they were able to earn their first men’s metal while in Canada. The Lightweight Men’s Eight placed fourth at the Midwest Scholastic Championship. Throughout the spring, the novice women’s team was dominant and was able to go home with a bronze medal.

“Last year went really well,” said senior captain Kylie LaBeau. “The men’s team medaled in Canada for the first time in a really long time. Overall for both women’s and men’s teams it was a very successful season.”

For the last 4 years, FHC Crew has been able to get a state championship boat. Head coach Geoffrey Sadek says this year he believes they have an opportunity to be the team points champions. He also says in order to achieve this, the upcoming underclassmen need to be on the same page with fitness and technical development as the previous varsity rowers. Over the summer and fall, practices were held at the boathouse that emphasized this.

This year’s team has five captains to lead a young team. Kelsey Lee and Kylie LaBeau for the women, Mitch Miller, Jacob North, and Tyler Greenwood for the men. This year the team is made of about 80 people, 20 freshmen, 20 sophomores, 20 juniors, and 20 seniors. Over 20 seniors were graduated last year but Sadek says he still believes the team will be a top tier competitor.

“We look forward to seeing the continued success with strong numbers with the team this year.” said Sadek. “We’ve seen the level of athleticism and expectations rise with each year, and are excited to see the trend continue.”

Kelsey says she believes that this coming season is going to be very good due to the last-year-freshman moving up to the varsity level. She says putting them alongside the strong upperclassmen gives the team a chance of winning the state championship.

“[Last year’s freshman moving up] makes our team just that much stronger,” Kelsey said. “We have really strong ladies and really strong guys coming up and I think we should all work really well together because we knew them beforehand.”

Unlike the majority of FHC sports, crew is one that is not affected by the conference change, their schedule remains relatively the same.

“We start local with schools like Northern, Eastern, and Rockford,” said senior Ben Hall. “Further into the season, like for states, we row against those schools plus schools like Saint Mary’s. We also travel a lot, we go to Detroit and to Canada at the very end of the year.”

Crew participates in competitions called regattas that are similarly run like track meets. A few boats race at a time while the others sit. The winners face the winners to determine the overall winner. Over the weekend crew had their first and only ergatta of the season, a regatta but in a gym instead of on the river. Times in these are individual but team placements still exist.

“[At the ergatta] we got third. Northern got second and Rockford got first, they are a very strong team,” Kylie said. “After the ergatta this weekend I’m pretty confident with this season, the girl’s team is very strong as well as the guy’s team. I’m really excited.”