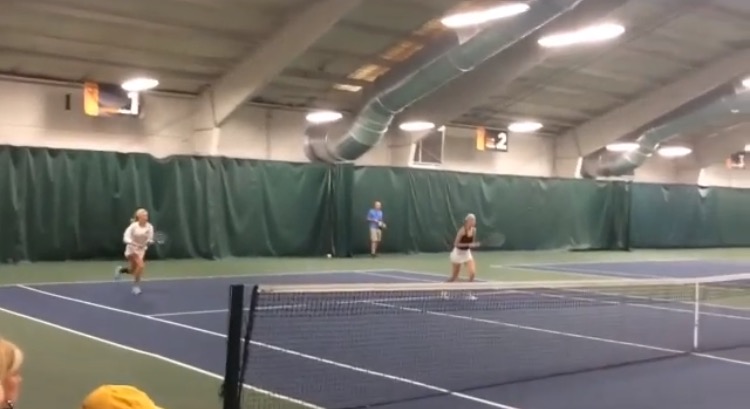 Coming off of an average 2016 season, the 2017 girls tennis team looks to be a top contender in the state. After falling short of a state tournament run, they are primed for greatness this season with a lineup combined of seasoned veterans and young talent.

“Our expectations for the team are to play well and compete in every match,” head coach Dan Bolhouse said. “Every match is different and offers an opportunity to improve both physically and mentally. The girls need to work hard and improve each day, so we’re a better team in June than in March.”

FHC started off the season strong with a dominant win against Hudsonville last Thursday night. They will look to continue their early success in the coming weeks, during the first half of the regular season.

With six seniors on the roster, half of the team, FHC has the veteran experience that is crucial to making a run deep into the state tournament.

“I think this year’s team has a lot of potential to be be strong throughout,” senior Katie James said. “Each girl brings a new aspect to the team. We have girls from all grade levels to form a great mix of skill and talent.”

One member of the FHC team that has a background of winning is senior Alexis Bonner. During her 2015 season, she became an individual state champion alongside her doubles partner Taylor Schermers.

“Last year we didn’t qualify for states, but that gave us all the more motivation,” said Alexis, who is a co-captain with Katie Knister. “I have all the confidence in the world that we will qualify this year.”

With new determination to make the state tournament in the upcoming season, the hopes are high for everyone on this year’s roster.

“I’m looking forward to a successful season and working our way to state’s with these girls by my side,” Katie said. “I can’t wait to grow our friendships we all have, and hopefully compete to be near the top in the state.”