The beauty found in random opportunities 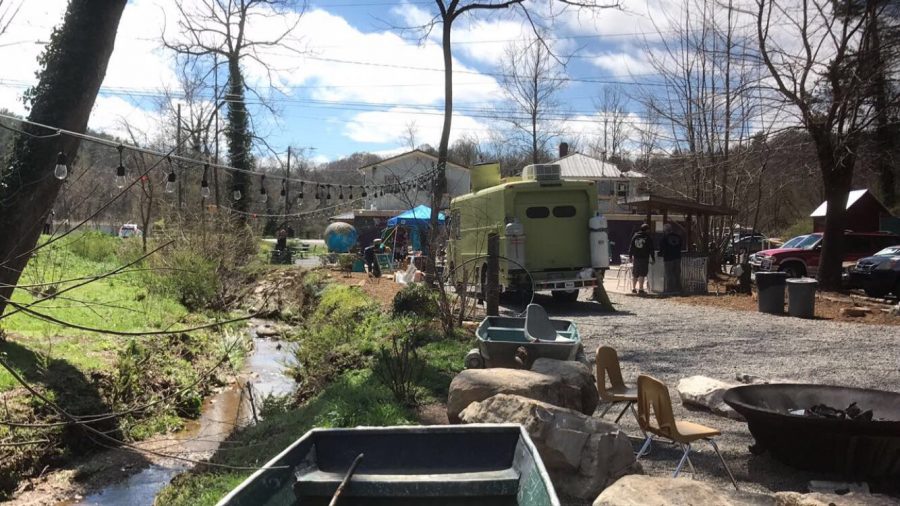 Random and new opportunities present themselves to us every single day. The true test, however, is how we act based on those possibilities. There’s a certain excitement that comes from spontaneous decisions, but at the same time, rash decisions can lead to negative results and consequences. Usually, I’m one that leans toward carefully thought plans and away from spur-of-the-moment actions. In spite of my usual fear of impulsivity, one morning in Asheville, North Carolina, I abandoned that fear, and I finally acted based on the idea in my head and the exhilaration in my heart.

My mom and I had been driving for what felt like ages just trying to find a groovy place to relax and eat interesting food. After several wrong turns, we ended up being completely lost and unsure of how to reach the bustling town that we had previously been aiming to see. Because of our insatiable hunger and lack of patience, we settled upon a uncrowded lot that contained a colorful food truck park and a flea market with assorted trinkets of varying values.

Taking its bright yellow color as affirmation that the food would be good, I came to halt in front of the “Food Stop” truck, and I ordered the daily special, which was full of unheard of ingredients. Because I was famished, I immediately attacked my meal, finishing it in no time at all. My mom, whose hunger was nothing compared to mine, was still eating her food, so I began roaming the flea market part of the plot, browsing through the mix of junk and treasures. 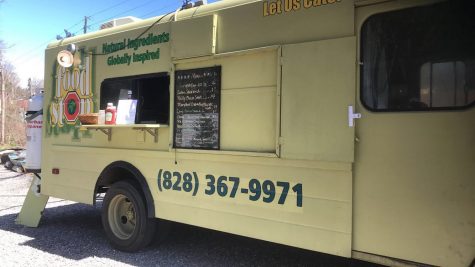 Despite the hectic clutter of the booths, my eye caught one smaller table containing intriguing art. As I moved closer, realization dawned on me that this was a unique artform in the way that the image was on slabs of wood and that every piece was an original with no copies. Noticing my interest in her works, the artist herself starting talking to me and discussing the pieces and their inspirations. Now, at that point, I could’ve left the booth and then later forgotten the small plot with interesting art and food. Instead, I continued the conversation with the artist about her story and what inspired her art.

The artist was Cara Brown, and she and her husband both involved in unique artf 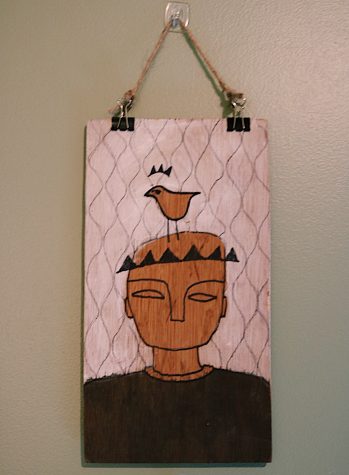 orms. Her husband is a musician that plays a variety of music, ranging from protest music forms to relaxed blues. Cara herself would draw whatever struck a chord in her heart, and I could tell her art was truly genuine. In their own laid-back world, they practice what they love under the kind, warm Asheville sun, all the while finding joy as they inspire in the open flea market plot.

It wasn’t really the facts of her life that touched me so much, but it was the bond formed with a stranger who was willing to share her life story with a wandering tourist. She saw me putting myself out there and taking interest in what she had to say, so she opened up and shared her life and art with me.

Later, I was in awe that I had connected so genuinely and been benefitted so greatly by a near stranger. Her story, inspiration, and kindness were so heartfelt; I couldn’t help but smile at the randomness of the opportunity and the deep fruits that it bore.