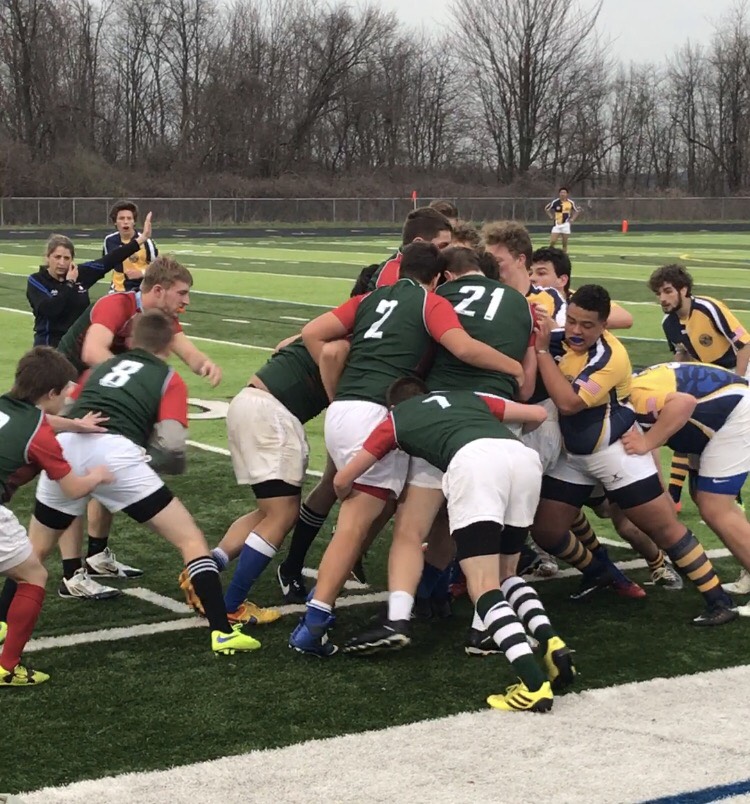 Emotions were running high from the moment the head official blew the whistle on Thursday night at Forest Hills Central High School. After a loss to a strong Grand Haven team last year, Forest Hills knew that they had a great chance to prove themselves and make a statement. Unfortunately, their hopes were cut short by a last second score.

Forest Hills Rugby fell to Grand Haven 22-12 in a hard hitting and nail-biting match that held bragging rights and important season momentum in the ballasts. Forest Hills was struggling to gain traction in their first game of the season, and after opening things up with a loss, it was apparent that they wanted a different end result against the Buccaneers. Things were looking difficult in the opening minutes of regulation, as the oversized and powerful Grand Haven side had no trouble getting upfield and utilizing an array of speedy players out on the wing. Their toughness and experience proved to be hard to stop for a young Forest Hills side, but they finally put a stop to Grand Haven’s scoring run after they found the end zone and converted a field goal to make it 12-12 in the second half. 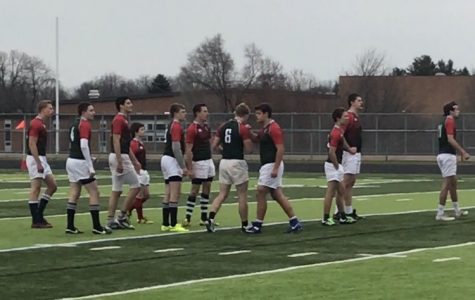 Forest Hills’ senior leaders were making their presence felt on the field right from the get-go. Harrison Engler, a senior at FHC and an experienced returning player, made several crucial tackles throughout the game. Harrison was a reliable option out on the wing when Forest Hills needed to get up the field, lowering his shoulder and gaining ground with quick moves and pounding feet. It was Central’s own senior Alec Elzinga, however, who found the end zone to bring the scores level and give the Rangers a key boost of momentum. But, from that moment on, Grand Haven put their feet down and blasted Forest Hills with crushing upfield attacks and plays out on the wing that cut way inside and exposed some of the softer spots in the formation, eventually scoring again to make it 17-12 with only minutes to go.

A poor display of kicking from both sides kept the game close, mostly to the benefit of Forest Hills late, as they only needed one more try to tie the score again and give themselves a draw or better. The Buccaneers managed to contain the Rangers in their own half of the field in the dying minutes, and a late turnover that allowed Grand Haven to score again to seal the deal for the opposition. The Buccaneers rounded out their win with a final score of 22-12, leaving a sour taste in the mouths of the Forest Hills players. Despite the dramatic and dissatisfying ending, Harrison found a lot of positives in his side’s performance.

“Our back line really came up big after a little while,” Harrison said. “We were able to get the ball out, our forwards were really hitting hard, and our rucks were clean and nice. We’ve just gotta keep working hard at practice, working on our tackling in order to get things rolling.”

Alec, who found the end zone once in the game, also held a similar opinion on his team’s performance.

“I thought we were moving the ball well for the most part,” Alec said. “We got really aggressive in the second half and came back well after a flat start, so we need to play with that same aggression for the rest of the season. We made a big, big jump in terms of improvement from our first game to now, and I can’t wait to watch our team develop even more.”

For head coach Ken Smith, it was not exactly the result that he and his side were hoping for. But there was clearly a definite level of improvement in between the matches, a sign that every coach likes to see, no matter the direction of the season. He pointed out many of Forest Hills’ strong points but was very focused on getting ready for their next match and planning out what they will be doing in practice.

“We’re definitely going to be working on trying to give our guys more power during the scrums,” Smith said. “Our backs have got to be moving towards the ball and getting it out quicker, I think that will be a big difference maker, especially when we need to move the ball down the field and get a try.”