“Before We Go” Misses on Romance, Hits on Message 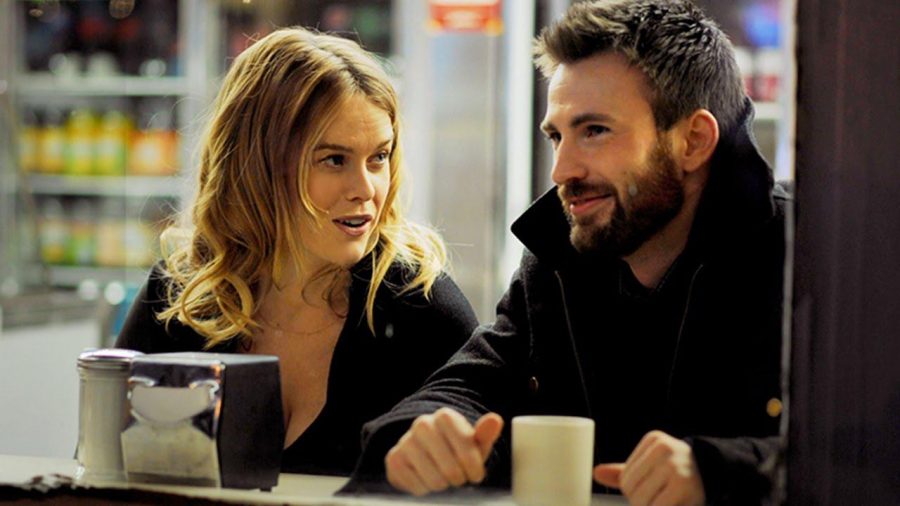 In my less than humble opinion, romance movies are a gift from God. When my heart is sinking I can turn to The Titanic and take comfort in the fact that beautiful Leonardo DiCaprio is sinking like my broken, single, aching soul. Stepping into the theater on Friday night with my best friends and a bag of sour patch kids, I was excited to forget about my less than exciting life and get wrapped up in something extraordinary. I walked out of the theater an hour and thirty six minutes later disappointed and confused.

Before we go, directed by Chris Evans, known for his roles in Thor, The Avengers, and Captain America, is advertised as a drama/ romance. If romance is what you want to see this for I promise it’s not what you’ll get.

The not very romantic romance begins when Brooke Dalton, played by Alice Eve,( you might recognize from her role as Carol Marcus in Star Trek Into Darkness)  misses the last train out of Boston and gets stranded outside the station where she meets Nick Vaughan, a musician playing on the street. He sees that she’s having a rough night and offers to help her find her purse, which she had been robbed of in a local bar. After failing to find the purse they decide to go around the city together, and here the friendship begins.

They slowly open up about their lives. She is running from a cheating husband and he’s mourning over a six year old breakup with “ the love of his life.” They talk and flirt and he says a lot of cute one-liners. After a crazy night they have come to know almost everything about each other, and yet, still no kiss.

The movie has a slow start, but slowly, as they reveal more about themselves The viewer can piece the snippets of information they give together until you have a clear picture. Even though it’s slow at times the movie is able to keep you captivated by only revealing a snippet of information about the characters at a time.

Their lives are without a doubt interesting. The acting was realistic and with only two people in most of the scenes it has to be. While parts of the script were rather cliche it gave their friendship a different dimension. I guess that flirting was where someone got the idea to call this a romance.

I was dying to know more, to see a happy ending, and to my discontent, as the movie closes their friendship never turns into something more.

Sitting down to write this review I expected to talk about how unsatisfying it was. I wanted to tell you this was just another unromantic romance, however later I realised Before we go was only disappointing because it had been advertised as a romance. So of course it was disappointing because I was expecting to see a wedding and a kiss in the rain. Before We Go is a great drama, it makes you question what is important in life, the kind of movie you watch sitting with furrowed brows waiting to learn more, but it is not a romance.

A perfect example of a good movie with advertisers advertising it as something it’s not. My advice, which may or may not count for much, Go see Before We Go  , It’s not a romance, but it has a meaningful message.