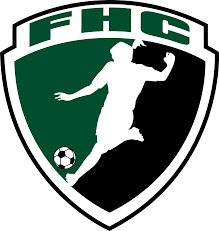 Ranger girls junior varsity soccer continued their winning streak Wednesday night after beating Northview. FHC was able to shut them down 8-0 for a mercy rule win.

Early into the first half, freshman Jordan Helmbrecht was able to score a goal and get the momentum of the team going. Moments later, she passed to freshman Kelsey Toole who scored one herself. Sophomore Grace Kline attempted a corner kick which went straight to sophomore Claire Baguley for a lead of three with 28 minutes left in the half.

While the time on the clock winded down, the energy of the Ranger offense certainly did not. Sophomore Kaitlyn Piontkowsky was able to get a pass right in front of the goal and send it to her twin sister, Megan, for another goal. Ten minutes later, Claire sent one from midfield to Jordan for a lead of five and her second goal of the night.

Towards the end of the first half, Grace crossed to Kaitlyn who scored, putting the game at six to zero. With 1 minute left in the half, Jordan attempted a corner kick which also went to Kaitlyn for a header and a seven to zero lead at halftime.

Going into the second half, the Rangers kept the pace up. Sophomore Chloe Grooters was able to get an easy goal, putting the lead to eight. The game was ended due to a mercy rule. Throughout the night five different players were able to score.

“What I am most proud of in today’s game was the amount of players we had score,” Ludtke said. “It is so hard for other teams to defend when they don’t have one person to focus on defending. I was very proud of the team sharing the wealth today.”

Even with the consistent and dominating performances the girls have had, Ludtke says there is still always room for improvement.
“It is very important for us to become better at every practice and every game,” Ludtke said. “At yesterday’s practice, we were able to tactically break down what some of our weaknesses have been, and it served to be very efficient for us in how we played today.”