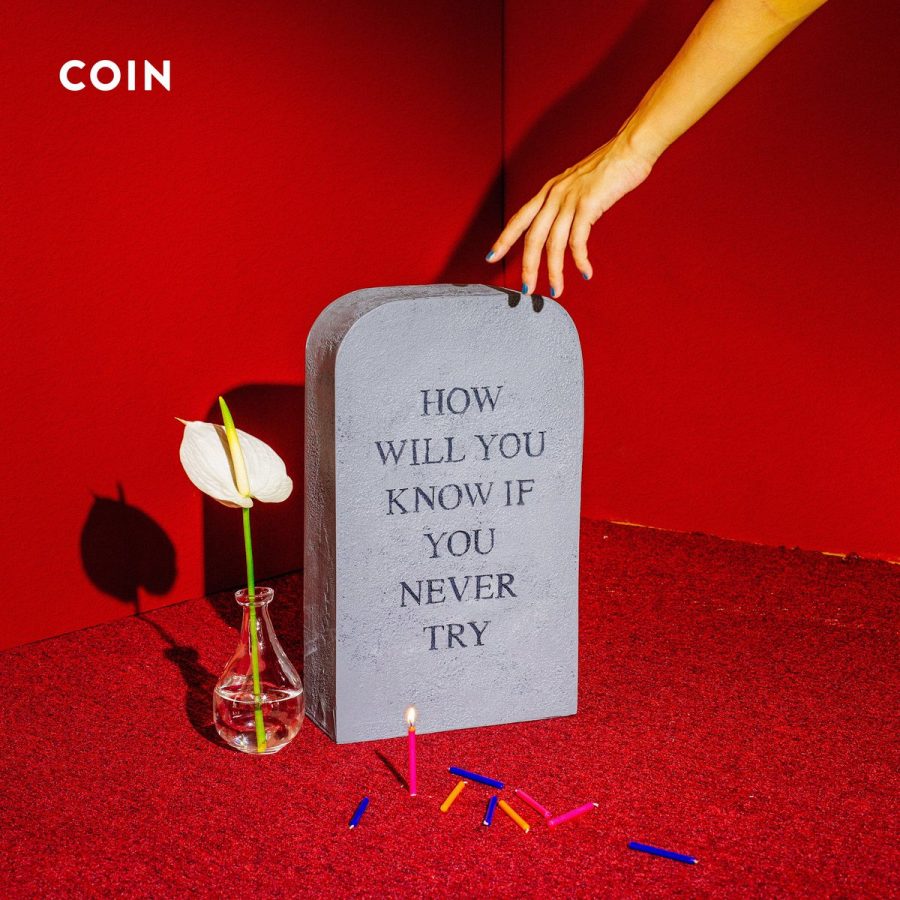 Spring is finally upon us in West Michigan, and with the limited time spring is upon us, everyone is sure to utilize every second of fresh air we can– even while driving. Windows are rolled down to ensure maximum exposure to clean, crisp, and clear air accompanied by sunshine. Personally, if one is driving with the windows down, music is required to balance out the tones of the whipping winds. An upbeat and fun tone is practically a necessity for these situations, and the most recent release from COIN, How Will You Know If You Never Try, will never fail to satisfy your spring-music needs.

After falling in love with COIN’s hit track, “Talk Too Much,” I had been following their releases obsessively. I was desperate for upbeat and enjoyable music, especially in the dreary winter months, as I was growing sick of the songs I had stored on my “chill” playlist. Just as I was giving up hope, COIN began dropping singles, all within just a few days of each other, teasing at a new album release. I was beyond excited, and after listening to the five singles on repeat for weeks, I was desperate for new music.

How Will You Know If You Never Try is the second full-length album released by the band, and they have maintained a consistent sound between both albums. The vocals that shine through in all of COIN’s releases feature a clear voice, yet during the peaks of the songs, the crisp sound turns almost raspy, but nonetheless impressive. In slower, slightly more relaxed songs such as “Heart Eyes,” the vocals of Chase Lawrence (lead singer) are showcased. It is through these songs that his musical talent is the center of attention; however, there are also songs where the back-beat and synthesizers steal the show.

The beats featured in COIN’s work is what I describe as a “California beach vibe,” as I can imagine people dancing and prancing to the sounds while frolicking in the ocean. In songs like “Boyfriend,” the intentions of these upbeat and slightly artificial sounds are made quite apparent– to be immensely catchy and even more so enjoyable.

How Will You Know If you Never Try is a perfect example of music that was intended to be listened to on days filled with sunshine and good memories. With the California-esque beats accompanying the surprisingly catchy lyrics, the album is refreshing– just like the breeze slipping through the open windows of a car going 55 down Cascade.